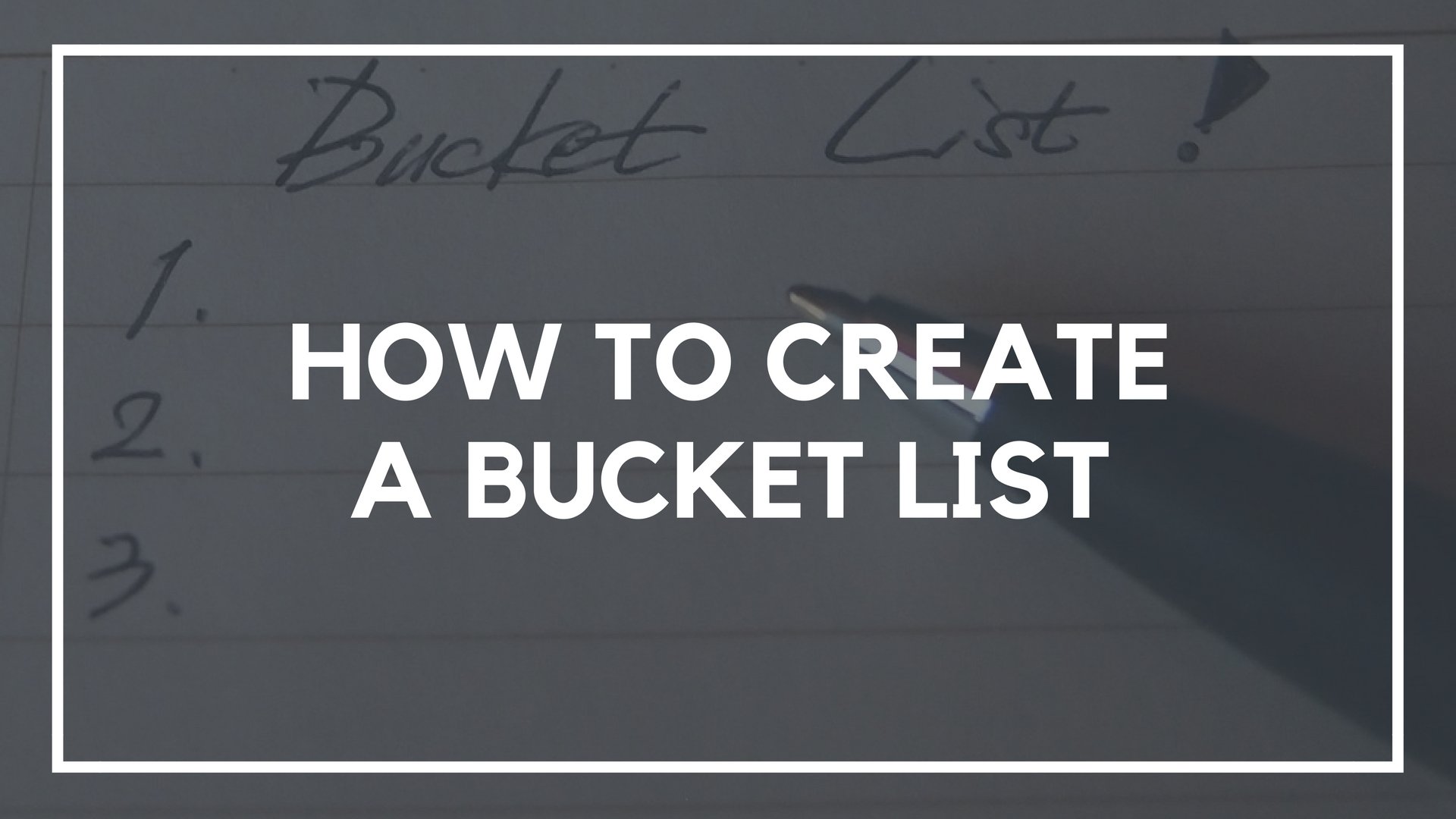 It was 2 am on Saturday morning.

Most of my friends were grabbing their final drink of the evening at the bars in Portland.

But, my friend Brian and I were 3 hours away – just waking up at a cabin on the McKenzie River.

It would be about a 90 minute drive to get to the base of the South Sister – the third tallest peak in Oregon. This represented a big shift in my life.

Why? It would be one of the first things I crossed off the bucket list I’d formed a few months prior and would set the stage for a life adventure and action rather than passive rule following.

The ascent was more difficult than I expected it to be, but still relatively tame as far as mountain climbing goes.

I can still vividly remember climbing the final few steps up to the point of a craggy rock that represented the actual summit.

I would never have climbed that mountain that day were it not for creating my bucket list and this blog.

Over 10 years later, I’ve crossed off more than 30 items on that initial list of 100, have added dozens more to a list I’ve yet to publish, and have even created sub-bucket lists, like my quest to play the top 100 golf courses in the world, or to visit the top 100 bars in the world (I’m about halfway there)

And it all started by doing one thing.

How Has the Last Year Gone for You?

How many things did you say you were going to do this past year, that you simply didn’t get to, pushed to the side, or just plain forgot about?

To hold myself accountable for all of that stuff I’d always said I wanted to do, but never made the effort to pursue.

Writing that list was step number one in my personal transformation.

Publishing it changed my life.

So why should you create a bucket list? After all, that’s got to be the stupidest term of all time, right? In fact, I used to just call it “The List” until I changed it for SEO reasons.

To put it simply, the reason you should write out a bucket list is that there will be no easier time than right now to make a change in your life. Dates are arbitrary. The best time to make a change was yesterday? The next best time? Right now.

Within one year of creating my list, I’d climbed a mountain, worked from an exotic island, created a successful business, and much more.

All it took was the courage to start.

As you can tell, I owe a lot to the list with the stupid name. So let’s make it really easy for you to spend a few extra minutes today creating a list of your own.

Here are ten useful tips for writing a successful bucket list, that will help you make this year the most productive, adventurous, and fun yet.

In this video, you’ll learn:

After you’ve watched that, here are ten things you can do to not only start creating your bucket list but to actually accomplish the items on it this year!

This is one of the most important aspects of a successful bucket list, and why I put it first. As with anything in life, if you don’t have some form of accountability, you ultimately won’t follow through.

You know better than anyone what works best or you, but I will say having a close friend who will constantly check in on your (and vice versa) is a great way to ensure you’re both staying on track and not letting comfortable routine take over your life too much.

Note: Don’t have anyone in mind for accountability? Check out Location Rebel Academy.

2) Have multiple things you can do on a random Saturday

It’s easy to just start listing off every major tourist destination in the world and call it a bucket list. But for most people, it’s going to be awhile before you can plan that trip to the Eiffel Tower.

It’s really important to have a bunch of things that you could sit down and do on a Saturday if you wanted to.

Eventually, you’ll hit a point where you aren’t making progress, you’ll get frustrated, and stop making it a priority. If you have a bunch of things you can do over a weekend, you can easily get yourself out of that rut..

3) Have other things that will take you years to accomplish

Alternatively, remember that this is a lifetime list. So you don’t want things you can just bang out in a month.

One of my goals is to fly on a Virgin Galactic space flight. Probably not something that’s going to happen anytime soon, but it’s a lofty goal to reach for!

A better example is my goal to play Augusta National Golf Club. It’s one of (if not the) hardest golf course in the world to play. I’ve essentially spent the last 5 years building my golf brand and contact list in the hopes one day I’ll get an invitation.

I think I’m getting closer!

I’m going to let you in on a little secret to my success. A big part of the reason I’ve done so much over the past 5 years, is simply because I tell people I’m going to do it.

The more I do that, the more it seeps into your brain, that maybe it’s actually going to happen. A few small forward steps, and all of a sudden you’re moving to Thailand, taking an epic road trip through Scotland, or running a marathon.

Another example is I’ve jokingly told people for years I wanted to go to Vietnam to get my groomsmen custom tailored suits for my wedding. By saying it and joking about it enough times, it slowly started becoming something we actually considered doing.

You do have to be careful though.

By telling people about all of the cool things you’re planning you’ll get 90% of the endorphin rush and pleasure that you’d get from actually doing it and telling someone.

Don’t fall into a trap where you’re all talk and no follow through – no one likes that person.

The easiest way to get started with a bucket list is just to write down all the places you’d like to go or see. That’s great, but be sure to think more broadly.

Sure places like the Colosseum in Rome, the Empire State Building in NYC, and the Sydney Opera House are great – but in my experience, many things like that are a bit of a letdown, because you’ve seen them so many times in pictures and movies.

It’s the experiences in those places that are almost more memorable (smoke a cigar in Cuba, have a slice of pizza in NYC, scuba dive in the great barrier reef).

6) Think about all facets of life

This is huge, we’ve mentioned a lot about travel, but really this should be a small part of your list. Think about all of the different potential categories you could add:

Start with those because, for most of us, travel might be the catalyst for wanting to start knocking items off, but it will still represent a relatively small portion of your day to day life.

This may seem like cheating, but actually, it’s a great way to kickstart your progress.

It can be intimidating to stare at a blank list with nothing crossed off. If you can add a couple items that you’ve done within the last year, it’ll help you to feel like you’ve already made progress and get you going.

When I first created my list, I had just returned from Brazil, so I added a few things like “Hang Glide over Rio” and “Dance in the Rio Carnival Parade”.

8) Add a Theme or a Timeline

This post has been more about a generic overarching bucket list, but there are all sorts of variations on this that could be a better fit for you.

For instance my friend Tonja is counting down the days to her 30th birthday by doing one thing a day that only a twenty-something would do.

My golf course bucket list is a great example of this.

So is my bar quest.

On a more short term basis, you could also create a list that’s along the lines of “12 things in 12 months” if a full-on bucket list seems too ambitious or overwhelming

Some people will create a list and put it in stone. Over the years both you and your goals are going to change – so your list should as well. Don’t be afraid to add things or take them off if you decide it’s no longer a good fit.

For instance, I was sitting on a snowy runway in Detroit a few years ago and I saw a plane de-icer for the first time. Immediately I thought “I want to do that!” and added it to the list…

I think I’m going to add “deice a plane” to my bucket list. This looks fun! Ha

Two Ways to Get Started

The easiest way to get started is simply to start. This is going to be harder than you think, so do it over the course of days or weeks, rather than get frustrated if you can’t come up with as much as you expected in the first sitting.

There’s no such thing as a good or bad bucket list item. Write it down and remember you can always change it later.

Four Ways to Get Started

Hopefully, these tips will help you figure out how to start your bucket list and get you closer to doing more of the stuff you want to do in life.

When I ask readers the question, “what does your perfect day look like” you wouldn’t believe how many people have no idea how to answer it. They don’t know what they want in life. By writing down your bucket list, you will.

Just remember the most important part: hit publish. Hold yourself accountable, tell as many people as possible, and you’ll be on your way to a more exciting and fulfilling life in no time.

If you’re still having trouble getting started after all of that, consider creating a reverse bucket list.

This is where you create a list of things you’ve already done. It helps you realize you’ve done more than you think, and it makes it easier to build momentum and come up with things you haven’t done as well.

Let’s get started. What’s ONE thing you would put on your bucket list?