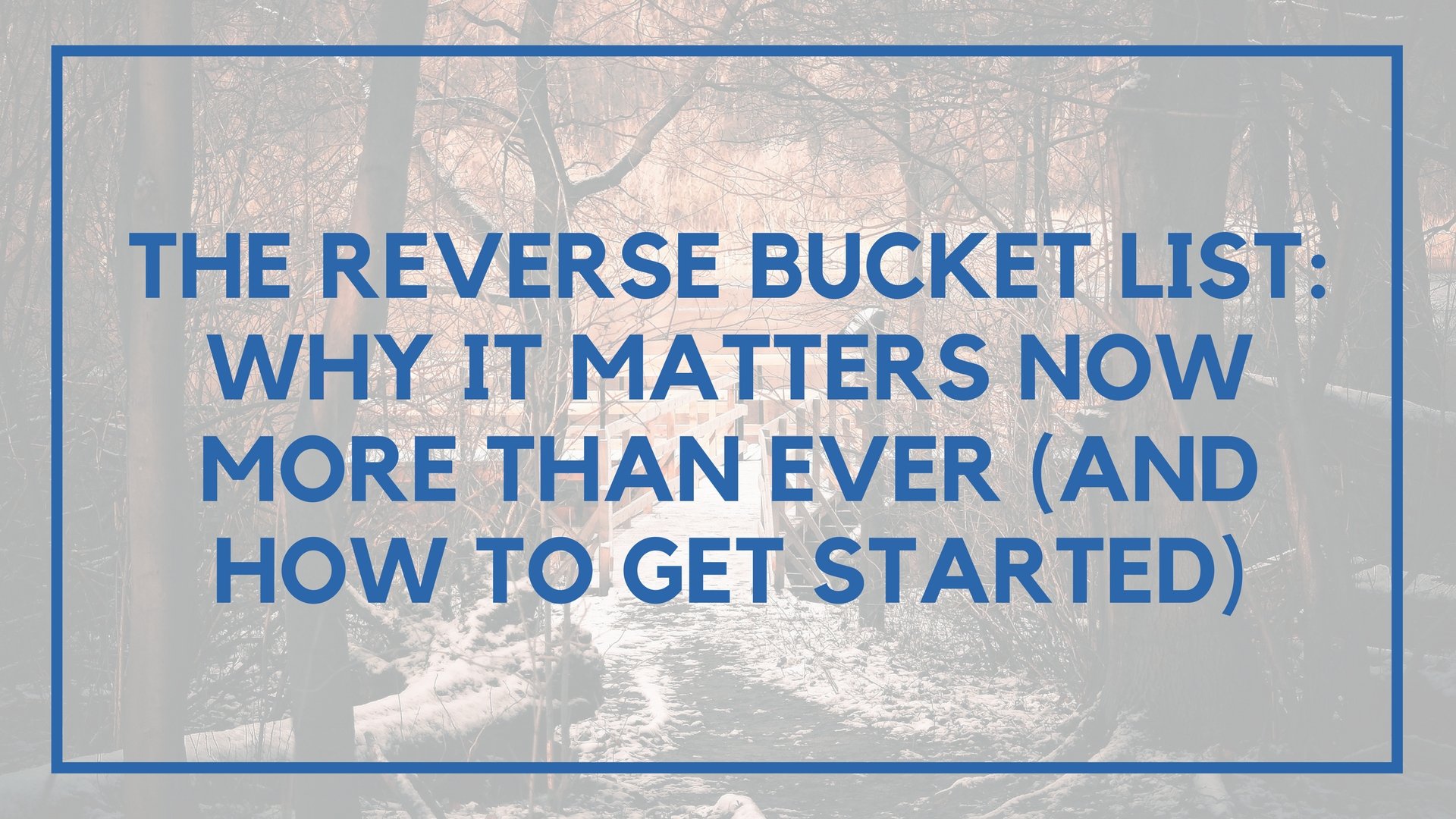 There’s no doubt you’ve heard of a bucket list.

There’s a reason for that, and no it’s not to humblebrag. Well…most of the time.

We love bucket lists because there are so many positive things associated with them.

In fact, creating a bucket list can help you do things in life you never thought you’d do.

It’s a fun way to push yourself. It helps you get yourself outside of your comfort zone and try new things. It can lead to all sorts of great experiences and friends.

They are great for moving us forward. Sometimes we get excited and pumped just by the concept of thinking about all of the things we want to tackle on our bucket lists.

Yea, it’s actually a scientific thing. People are found to get positive feelings based on the thought of doing something before they even actually do it.

Here’s the thing though, at the end of the day, a bucket list really is nothing more than a list of stuff you’d like to do in your life. Items can be crazy like travel to every country in the world. Or they can be relatively simple like read 12 new books in a year.

Where some people feel meh about bucket lists is when they feel like these unchecked items hover over them, reminding them of the things they haven’t done.

This is a relatively new phenomenon that’s been growing in the past year or so.

For a lot of people, the reverse bucket list has been embraced as a mindfulness exercise. It’s a way to look at being grateful for all of the things you have done.

A good way to look at it is from this quote: 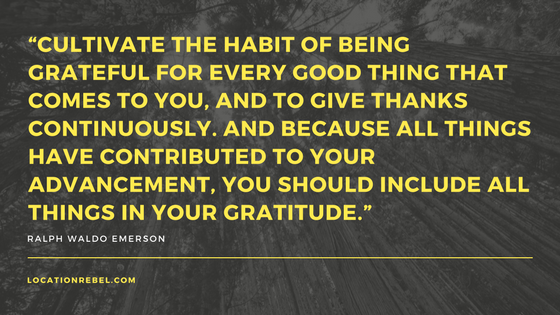 Today, it’s easy for people to get overwhelmed. We’ve got a lot going on, everyone’s schedule is jam packed, lots of people are trying side hustles, and then throw in family, friends, and kids (if you have them). Whew.

It’s also been shown by studies that for all the great things social media brings us, it also contributes to people feeling increased levels of anxiety and depression.

Think about your own life. How many times have you scrolled through Instagram and started feeling a little bit down or jealous of people who have some awesome photos doing cool things?

Probably more often than a lot of us would want to admit.

Those feelings of being left out, or FOMO, or frankly not being successful enough can add even more pressure to our already stressful lives.

So one solution is to look at how we can be happier and more grateful in our lives without completely disconnecting. That’s where the reverse bucket list comes into play.

Being Grateful is the New Hotness

Mindfulness is something that is increasingly important to people, especially those in the entrepreneurial and lifestyle business word.

And this isn’t just people like Tim being all ‘woowoo’ either. For a lot of people, this small bit significant mindset change works.

How about a bit of science to back it up?

The Journal of Positive Psychology found in a 2015 study that the concept of ‘grateful recounting’ helped to improve participants overall well-being. Basically, the study had participants sit down every day for a week and write down three good things that had happened to them or they felt in the previous 48 hours.

Not only did the practice become easier over time for those who wrote down their grateful recounting it also found that they subjectively felt better when asked about their well-being.

That sounds like a pretty good result for spending a little bit of time each day focusing on the positive things around us.

So do you want to try getting your own reverse bucket list up and running?

Here’s how you get started.

Clear out an hour or so of your time, grab a pen and paper (or your laptop) and start writing.

Think about all the things you have done in your life.

Don’t get caught up in having these be just ‘big things.’ Think of the stuff that you’re proud of even if it’s the tiniest thing or from years ago.

When I did this exercise one that jumped out at me was winning the “Hustle and Desire” award at a basketball camp during my junior high years.

Yes, it sounds silly to a lot of people. But I was one of only a handful of girls at the camp and short (did I mention I’m not quite 5’1″ even now as a fully ‘grown’ adult) and had to hustle my butt off in order to hang with the boys.

The prize was given to me by Celtic’s guard Dee Brown, which was a pretty big freaking deal for a kid from Boston since he could do stuff like this:

My basketball career is no more and Dee Brown is long retired, but you’re damn right I had that memory on my list. I’m still proud of it today. (And the marketing worked, I had those Reebok Pumps too!)

All too often we end up brushing off the things we’ve done thinking that they are no big deal, ‘oh everyone I know graduated from high school’ or something like that.

Get those thoughts out of your head. It does matter and it is a big deal.

You’ve accomplished something so write that stuff down. Think about the smaller moments or milestones that you’ve hit in your life and write them down.

Now look at this list, none of these are totally out there or impossible.

In fact, millions of people do them. But let yourself have a moment of reflection and appreciating the success you had with these and the hard work you put into them.

You might be surprised that when you start taking the time to think about your past accomplishments, you’ll be more motivated to attack your future goals.