Do What You Say You’re Going to Do 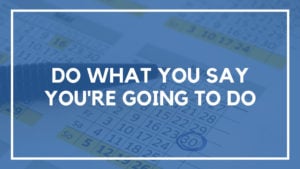 When I was in college, my friend Ryan and I used to joke that we really only learned one thing in school:

That people are flaky.

A person can have their stuff together, but as a whole, people are generally flaky.

This month I’ve talked quite a bit about how managing multiple businesses has left me a little stretched and overwhelmed at times:

But I think the worst part about all of that is that I’ve realized that I’ve become flaky.

I’ll meet someone and then tell them to email me so we can get together or so that I can give them advice – and then I’ll take days to respond.

I’ll bump into an old friend on the street and tell them I’d text them to setup a time to catch up – then never do it (sorry Marcee!)

I’ll be slow to reply to emails from readers

I used to pride myself so much on the fact I wasn’t one of those people. But I think in part due to having a lot going on, and not having the proper systems to manage it, it’s led to me dropping a lot of balls.

With all of that in mind, I truly believe doing one simple thing will set you apart from everyone else out there:

Do what you say you’re going to do.

If you make that a critical focus in life, the rest will all fall into place.

An Alternative Benefit of Saying You’re going to Do Something

While this may be one of the single easiest things you can do to get ahead in your work life, it’s also one of the easiest ways to simply do more interesting things in your personal life as well.

I’ve learned that the more I talk about doing something, the higher the likelihood of it actually happening.

Tate and I joked for over a year about going to Vietnam to get custom suits made for our groomsmen.

A year of joking/saying we were going to do it, eventually turned into booked flights and an adventure to Ho Chi Minh City. 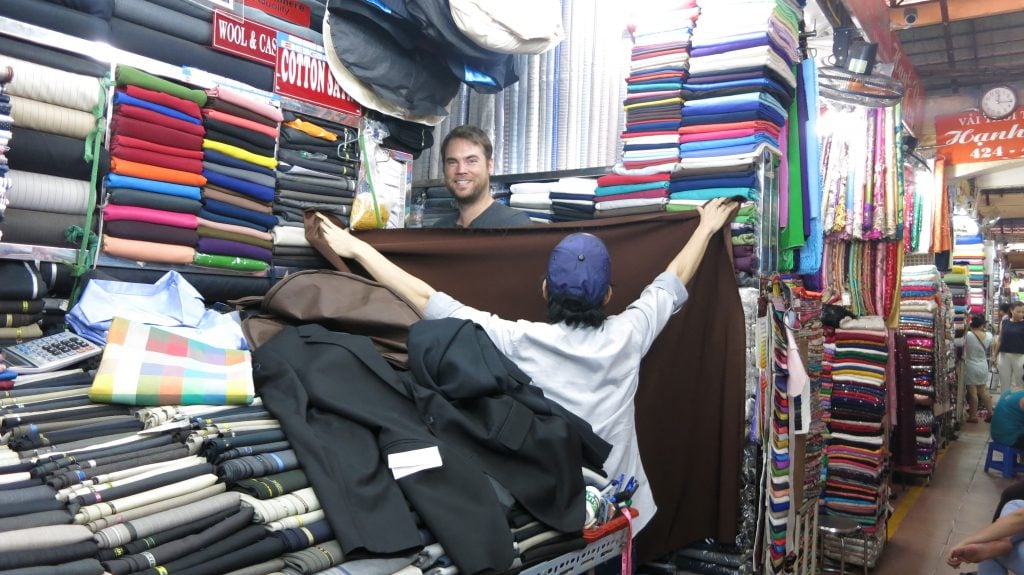 Getting fitted for my wedding suit in Vietnam

I’d never really traveled for golf before until I decided to take a golf road trip through Wisconsin and Michigan to play as many courses as I could.

I kept talking about it, and then finally just booked the flights.

Tell everyone what you’re going to do, and almost as if by magic, it becomes easier to do.

So there you go.

The secret to success in both work and your personal life.

Do what you say you’re going to do.

And usually, the more you say you’re going to do something? The more likely it is to happen.