I’ve got a secret to confess to: I’m extremely jealous of Ashley Ambirge of The Middle Finger Project.

If you don’t know Ash, she is the author of a wildly successful blog called The Middle Finger Project, and as of this week? You can add the title of published author to her resume.

You can (and should) buy her book right here.

But the whole book thing? That’s not why I’m jealous of Ashley. In order to fully understand that, you need to know a little backstory about Ashley and I.

I Call Ash for the First Time in 10 Years…

She had no idea it was coming:

How I First Met Ashley Ambirge

You see, it all started a decade ago in a bizarre locals karaoke bar on the outskirts of Philly.

I was in Philadelphia to attend a book tour meetup of Chris Guillebeau.

If you’ve followed my story at all, you know what a big influence he has had in my success here at Location Rebel.

I was supposed to take the subway out, but it had broken down. I ended up being an hour delayed, and when I arrived I still had a 20 minute drive to get out to where the event was.

By the time we arrived? I’d missed it all.

There was an after party at a local bar that featured cheap drinks, horrible karaoke, and a lot of great conversation with other Non-Conformists who were there to meet Chris.

Well, once people started filtering out around 9, Ashley offered to give me and my friend David a ride back into the city.

Where of course, the simple comment of “want to grab another drink?” seems to innocent at the time.

6 hours later, the sun is coming up, we’re about half a dozen bars deep, and I’ve been introduced to some horrible sounding concept, called a pickleback. 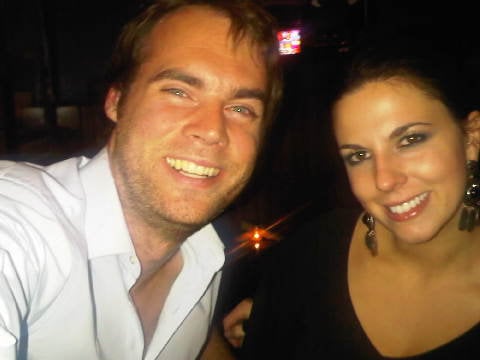 Here’s the photo from that night. Somewhere else there is one more FAR less flattering photo of me – but hopefully that never sees the light of day.

I haven’t seen Ashley since that night.

So for a few years in the early day of this blog, Ashley and I kept in touch, and I even interviewed her about copywriting for Location Rebel Academy.

But then as we both got busy, we simply stopped talking.

Until one day a couple years back, I sent her an email out of the blue asking if she wanted to catch up.

Month after month goes by.

It hit me that we were probably officially no longer friends (her loss).

Until one day out of the blue, literally 6 months later, I got a response: 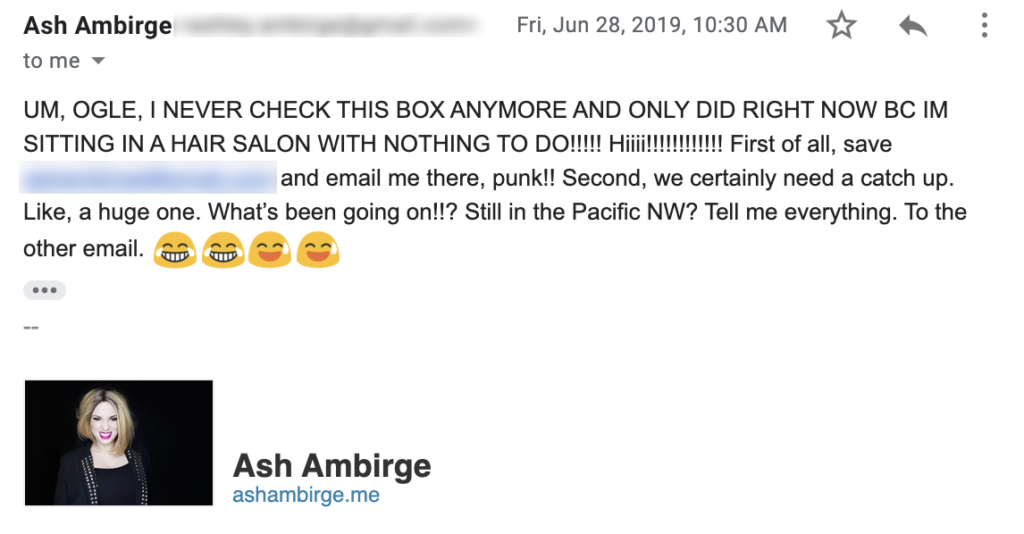 Since then we’ve routinely sent each other sarcastic messages, and continued to threaten each other with online humiliation.

Why? I don’t know. It’s just what sarcastic people do.

But then one day, she backed up all that talk.

I was actually on a golf course when I got the email.

“Sean Ogle is a B#$^. Wouldn’t It Be Funny If That Were the Title? It’s Not, This Post is Entirely About Me and You. WEIRD.”

I had no choice but to add a no follow tag to that link. I can’t let google think I endorse this kind of horribly profane language.

Aka I don’t exactly want that to show up when people search my name, lol.

She wrote that all because  I sent her a message expressing my disappointment at not getting a galley copy of her upcoming book.

Note to self: Don’t mess with Ash.

Why I’m Jealous of Ash Ambirge

So now you know the backstory. A night of picklebacks in Philly 10 years ago.

A friendship rekindled through our love of sarcasm.

And what might be the most horrible, yet oddly flattering blog post that’s ever been written about me.

So, why am I so jealous of Ashley?

Because she is the best writer I know.

I mean that with all sincerity.

When it comes to writing things that are interesting, visual, detailed, compelling – and when necessary, persuasive –  there are few people I’ve seen that can do it better.

She’s also one of the most polarizing people I know.

Ashley has nailed her niche

Part of what makes her such a good writer, is she doesn’t try to write for everyone.

In fact, she tries to write for a relatively small audience. The majority of people will hate her – or at least her writing.

She’s vulgar, opinionated, and isn’t afraid to call people out or call things like they are.

But for the people who follow her? They love her.

The Middle Finger Project is a site that’s mostly for women who want to strike it out on their own, do something adventurous, buck the status quo, and do it boldly.

And because she writes with such specificity for that person – she inevitably reaches far more people in the process.

So while I’m obviously a not a woman, and therefore not exactly in her target demographic – I was excited to read her book.

After all I had to practically grovel to get a copy of it to write for this review.

Mostly because I couldn’t imagine her being able to take her online persona and translate it to full length book.

It’s one thing to write a witty blog post or two.

But to capture that same energy and wittiness across tens of thousands of words? No way.

Not even Ash would be able to do that.

I hate to admit how wrong I was.

This book is seriously impressive.

She uses examples, superlatives, and analogies that will literally have you laughing out loud, while also being so inspired that you can’t wait to peel yourself off the couch to go start building your own empire.

Honestly, she took a topic that has been done to death (quit your job! start a business!)  and created one of the most unique and enjoyable books I’ve read in a long time.

So if you’re looking for a vulgar, irreverent take on the whole quit your job and build a lifestyle business thing?

Just go buy it. Depending on who you are, you’re either going to absolutely love it or absolutely hate it.

But fortunately, I have a feeling you already know which of those camps you fall into.

So go buy her book, and go check out her blog and say I sent you.

But please, whatever you do, don’t tell her about that whole jealousy thing. I can’t have that hanging over my head for the next decade.

Although, if you watched the video – you’ll know by now, I already ruined that one… 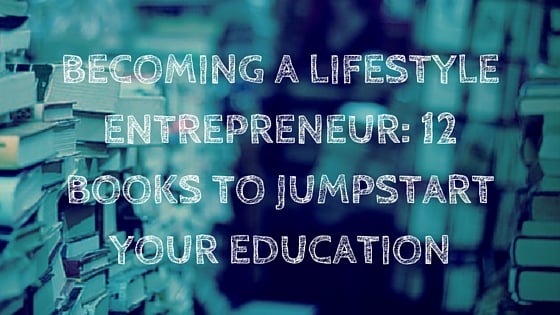 Becoming a Lifestyle Entrepreneur: 12 Books to Jumpstart Your Education

Want to become a lifestyle entrepreneur? These 12 books will help kickstart your education and provide a fantastic starting poing 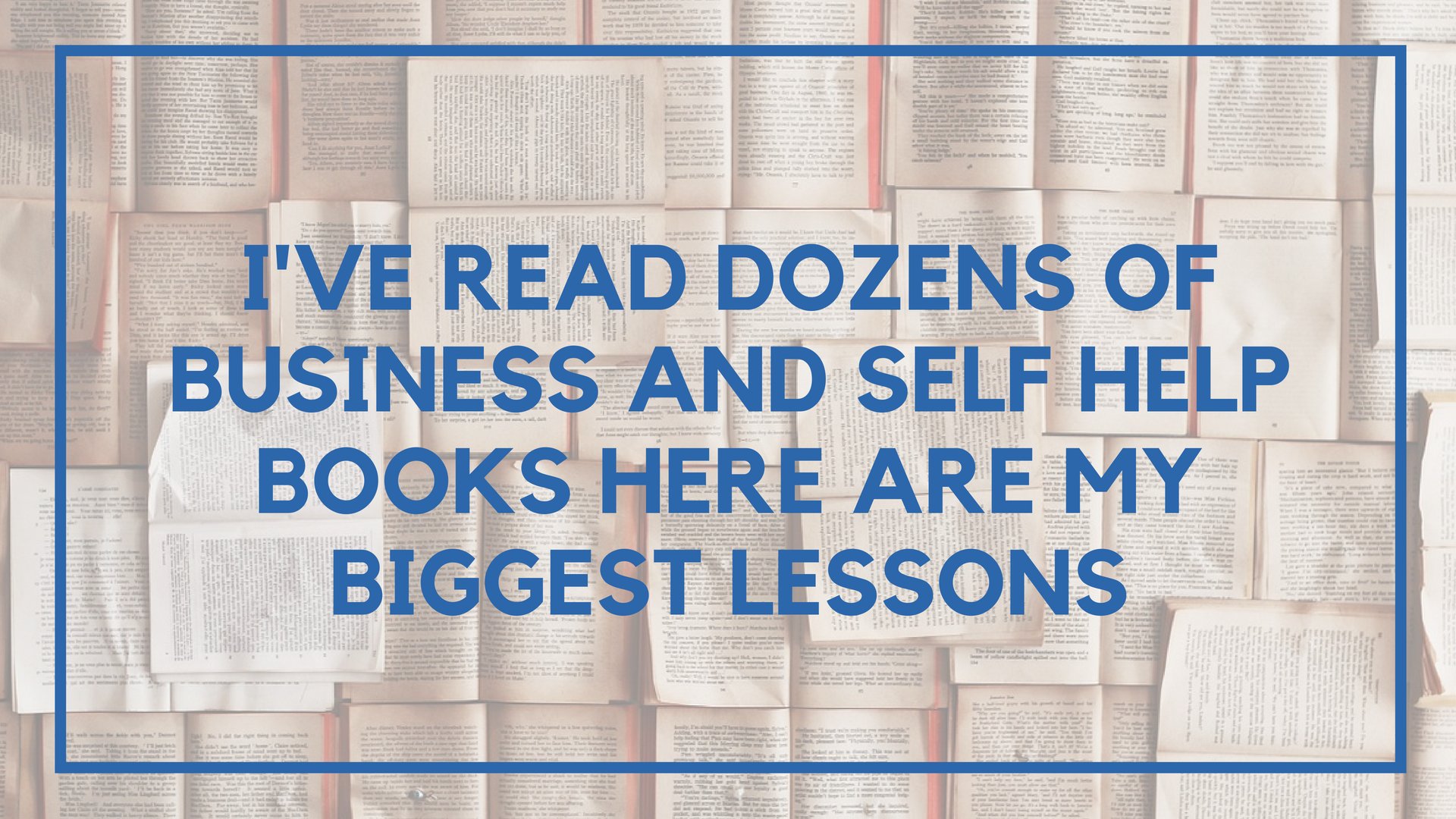 There are so many business and self help books out there it can be hard to know what to read and where to start. In this post, we've done that for you. Here are over 20 books each with a quote and an important lesson. 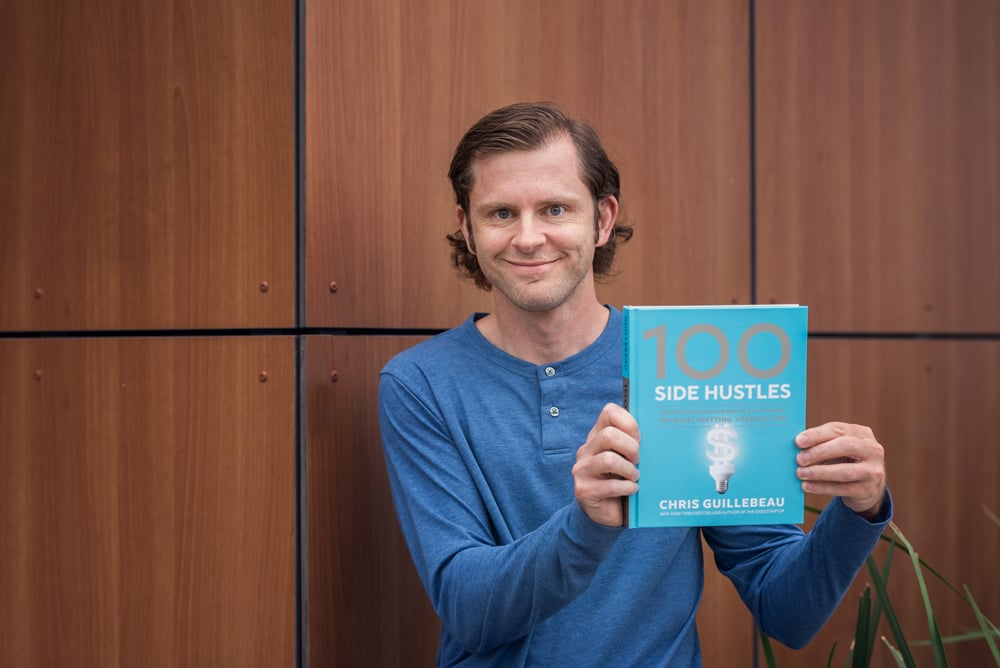 100 Side Hustles Review: Struggling with a Business Idea? This Book is for You

In this 100 Side Hustles review, we look at how Chris Guillebeau highlights unique stories to help spark business ideas in your own life.