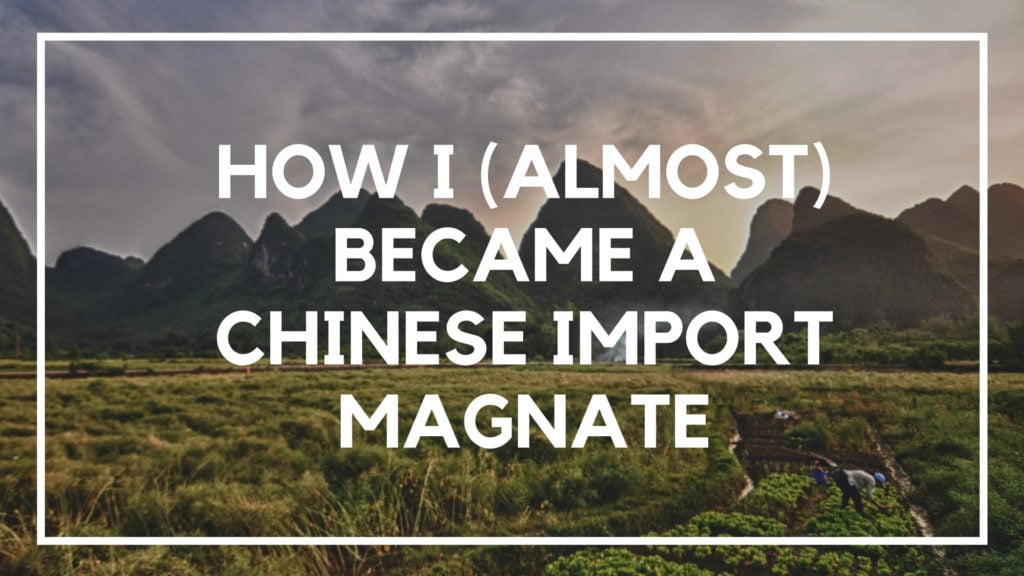 A few years back, I received an interesting email from a blog reader who wanted to get together for a beer while he was back home for a holiday.

Now I get emails like this a lot, but not usually from people living in Guangzhou, China who are doing something completely different than most of my readers.

I was intrigued enough to say yes, and a week later I met Nick Ramil for the first time.

There have been a few times in my life where I’ve had conversations that have made me completely rethink the world around me:

While maybe not quite as profound, this conversation with Nick opened me up to a whole new type of entrepreneurship and an opportunity that I didn’t fully realize was possible.

At the time they were in the middle of manufacturing iPad cases to send back to the US, but more importantly, they were bringing products in to China as well – specifically Pacific Northwest wine.

“It’s easy to export stuff out of China. It’s much more difficult to import stuff in to the country. But if you take the time to do it right, the potential is unlimited.”

This wine business is now poised to do 7 figures in revenue this year.

Nick and I met again in December when he was home for Christmas, and that meeting was enough to push me over the edge. I had to go out there and see it for myself.

The following April, I booked a ticket and went out for the Canton Fair. I showed up and he forgot I was coming…

I had two ideas for products I wanted to create – while both were good ideas, I just wasn’t ready to commit to the project.

Luckily (or unluckily) for me, other people were successful with my ideas, as seen here and here. Want to learn more about the Orignal Grain Kickstarter story? Check out this link.

What was most interesting about this trip, aside from going here:

Wasn’t the products, it was the opportunity that Nick, his partner Tim, and I kept coming back to.

“We’ve done it with wine, now we want to do it with beer. And we think you should be our American partner.”

How’s that for a far departure from an online lifestyle business?

“We have everything in place because of wine. You just need to get the breweries on board and help out with logistics to get the beer to our consolidation point so we can put it on the boat.”

I didn’t talk about this much on the blog, because at the time I didn’t think it was totally relevant. This was an entirely different type of business than I usually talk about. I also didn’t want to publicize it too much while we were still in such early stages.

For about a year, we worked on this on the side.

I had 4 large breweries that were ready to go and let us be their exclusive distributor for the Chinese market.

We had the sales guy on the ground in China, and because of the wine, we had a complete plan for distribution.

Well after a lot of conversations, number crunching, and another trip out there – we decided it wasn’t the right time to do it.

The effort wasn’t worth the reward.

Sure the bragging rights were awesome, but there were a few fundamental issues we couldn’t get past:

When it came down to it, we realized the time wasn’t right for any of us, and the effort wasn’t going to be worth it for where we were.

That being said, I won’t say it will never happen. We still have the right pieces in place to pursue it if we want to – but for the time being, it’s not the priority.

How to Get Involved in China

Even though it didn’t work out for me, there are still plenty of opportunities in China right now, and we have a lot of resources on how to do that.

Not sure physical products are right for you? Then this is what you’ll want to get started building an online lifestyle business of your own.