When it comes to lifestyle entrepreneurship people tend to jump straight to benefits like traveling the world and living out of a backpack.

And while sure that’s fantastic, the reality is only a small percentage choose to leverage their freedom in that way. The benefits of being a Location Rebel, extend far beyond traveling – to everyday aspects of the lifestyle that will have a broader appeal to more people.

Today I wanted to take a few minutes and just be brutally honest about some of the coolest things that I’m able to do now that I couldn’t do when I was a full time employee.

Have you been to a movie lately? Man, when the hell did they get so expensive?! $16 bucks to go to a first run theater?

Luckily there are matinees that are often half the price or less. Last week I went and saw 22 Jump Street, the first movie I’d seen in forever. It cost me a whopping $8. And I did it at 2:30 in the afternoon. On a Thursday.

What can I say? It was hot out!

2) Embark on a Quest

A lot of people I know have been achieving epic quests. Chris made it to every country in the world. Tyler ran a marathon on every continent. Joel just ran a 56 mile race in South Africa.

I’m trying to play all of the Top 100 Golf Courses in the US.

Want a few more examples? Here are some more.

Now, these things could be achieved if you had a day job. But it would be so much harder. Often being able to travel at off times, or mid week is hundreds of dollars cheaper and a big reason these things are actually attainable.

I can safely say if I were working 50 hours a week for someone else there’s no way I’d be on my current quest.

3) Exercise When Their Body Wants (Not Their Boss)

If you’re an employee you have 3 options when it comes to working out:

I have yet to find the perfect time to work out. But usually it’s around 11 am or 3pm.  Those are the times where I fall into lulls with work and need a change of pace. I know I won’t be productive at my computer, so getting the blood flowing is a great idea.

Not when you’re an employee.

4) Work from Wherever They Want

I’m happy to see that there’s an upward trend in the number of employees who are able to work from home on a regular basis – hopefully this trend continues.

But often those people still have meetings, conference calls, and other things that keep them in the office, even when they aren’t.

In the last year I’ve worked from every room in my house, veranda in Mexico, the front seat (and back seat) of a car, airplanes, bars, coffee shops, hotel lobbies, coworking spaces, golf courses and more.

I truly take my work wherever I want, and I schedule any meetings around where I want to be that day.

Here are some of my favorite offices from last year. And the year before.

5) Save Money on Day Care

As my Facebook feed becomes flooded with baby photos rather than wild party nights, one thing inevitably comes with that: complaints about the price of child care.

As a Location Rebel, once you have kids, you have options. You may choose to send your kid to child care every so often, but you don’t have to. You can spend more time watching your children grow up, and forgo spending an arm and a leg to let somebody else watch your kid grow up. That doesn’t suck, right?

Awhile back on relatively short notice my buddy James invited me out for an all expenses paid trip to NYC to attend a runway show at New York Fashion Week.

First off, me? At fashion week? Ha, you should have seen it: I looked AWESOME. Ok, maybe not so much.

But the point is that I was able to fly out mid week and attend this once in a lifetime experience.

Need to adjust a flight by a day or two in order to experience an unexpected opportunity on a trip? No problem.

Take a short notice, all-expenses paid trip to Jordan? Of course I can do that!

Sure I still have a work schedule to adhere to, but more often than not I can rearrange that to make room for unique experiences. After all, at the end of the day that’s the person who wins, the one who has the most cool stories to tell.

At least that’s how I look at it.

Seriously, don’t lie, how often have you been wasting away at your desk mid afternoon, and wanted nothing more than to curl up in bed and just take a nap.

I used to go get 15 minute cat naps in my car. Let me tell you, a bed, a couch, or a blanket in the park is a much better alternative.

I get the most done between 6am and 11. If I wake up early and bang out work, I don’t feel bad at all if I take a little 45 minute nap in the afternoon. Often it’s a total game changer as I wake up and am ready to kickstart the second half of my day.

The car naps just didn’t quite have that effect.

8) Write Off Nearly Everything

One thing that has surprised me about my business is just how much of my life is related to it. Almost always when I go out for dinner or drinks it has some relation to my work.

And what does that mean? Write offs.

I’m actually saving money every time I do these things, and if I didn’t own a business, that wouldn’t be the case.

Ok, not to sound like an alcoholic, but sometimes when the suns shining you just need an ice cold beer to pair it with.

One of my favorite things to do in the summer is to head down to Rock Bottom Brewery at 3pm on a week day and work for a couple hours outside with a nice IPA – while staring up at my old office. It’s a good reminder of just how far I’ve come, and not to ruin it by slacking off. Amazing when a beer becomes a powerful motivator.

I’m also able to attend my favorite event of the year (the Oregon Brewers Festival) on Thursday afternoon before all the crowds show up.

For so many, the road trip has become a long lost fantasy that they’ll never see again. Why? Because it takes so, much, time.

Why spend 5 days driving across the country (and 5 days back) when you can fly in 5 hours.

Well for starters, because sometimes it’s not the destination that counts.

A couple years ago I made a 37 hour trip from Portland to Austin for SXSW. The next year I did the same thing, except I started in New York.

Last fall I drove around and played 14 top 100 golf courses in 2 weeks.

I mean seriously, that’s any golfers dream. It was much more draining than I expected, but that’s a story for another day. The point is I could do it in the first place!

Not much better than Medinah on a Tuesday!

When you have a salary working long hours totally sucks. You’re not getting overtime, you aren’t making any more money, and often there’s no promotion on the horizon either – you just have to suck it up and do it, because it’s the nature of the job.

I love the times when I have to work long hours.

Why? Because that usually means I’m doing something I really believe in, am excited about, and will benefit both myself and my readers.

There’s always that moment where stress hits you and you’re ready to be done, but at this point in my life and business, long hours is a good thing.

Now this is another one that has some grey area, as employees can definitely do this as well.

But almost all of the most successful bloggers and personalities I know online work for themselves. Why? Because it takes a lot of time and effort to build up an audience and a business.


Now I’m able to show up in just about any major city, host a meetup, and have people actually show up! (This still blows my mind).

There’s no way I would have been able to build this up to the point it’s at now if I was still a financial analyst. And if I was still running this same blog in that job, it would no doubt be pretty hypocritical and depressing.

13) Give Themselves a Raise

We’ve all been in the position before, waiting to get a raise you think you deserve, but your boss not hearing any of it. When you work for yourself, you’re the boss. You can give yourself a raise, bump up your retirement, or get the company to pay for other benefits like a gym membership.

Sure, when we’re talking about small businesses there’s a good chance your personal and business finances are tied very closely together, but the major difference is that you have control, and can do whatever you want.

Nothing. Absolutely nothing at all. Sometimes that’s all I feel like doing. Maybe throw in a little Netflix binge watching if I’m up for it. But honestly one of the best perks of being a Location Rebel is the fact I don’t have to do anything if I don’t feel like it.

Sure you can’t be like that every day (and who’d want to be?), but if some planet is in retrograde (or some other astrological thing I dont understand) and I just want to sit, I can.

And to be honest, usually when I have a day like that, the next day I end up being a productivity machine – so it’s good all the way around.

What Are You Waiting For?

I talk to a lot of people who want to be living a lifestyle like this, but they just haven’t been able to push themselves over the edge. There’s something keeping them from taking that first step.

If you know this is something you want, and are willing to work for it, check out Location Rebel Academy. We have over 700 members working on, and succeeding, at the lifestyle described in this post.

What’s the one thing you’d like to be able to do on a regular basis, but can’t because of your job? Let us know in the comments! 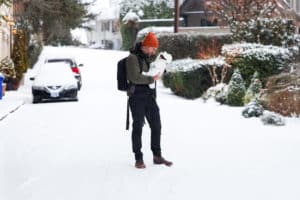