Backpacking Through Europe – Without the Backpack… 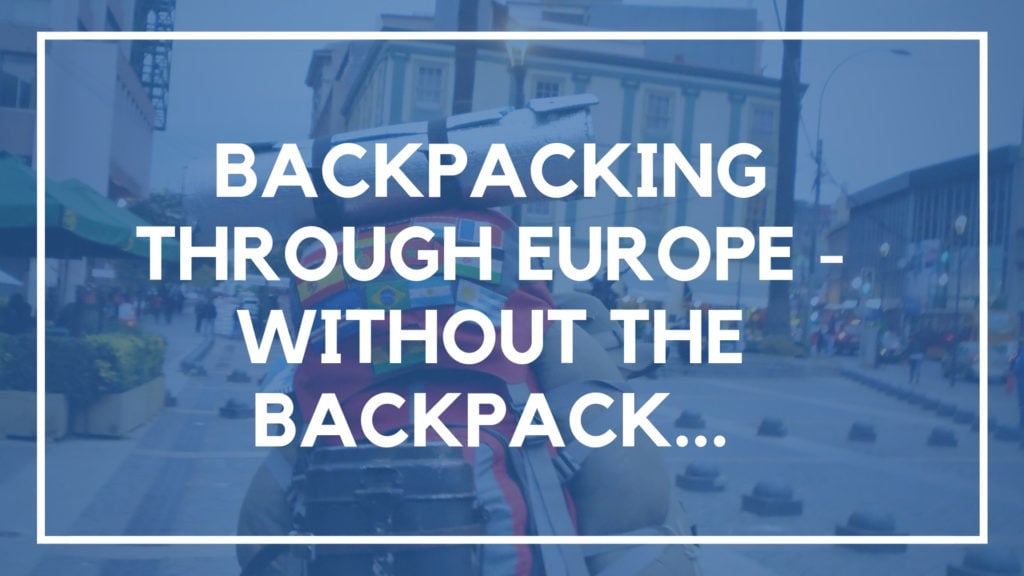 Every once in a while something happens in your life that completely throws off everything you know to be true.

Before I left for Europe after my college graduation, I absolutely knew that I had to have 35 pounds worth of crap to make it across the European countryside (oh to be a first time backpacker).

Well three weeks and four countries later, everything I thought I knew to be true ended up being completely, entirely, 100% wrong.

What are the odds that on your first trip out of the country, your luggage is lost for the first time?

Well apparently better than you might think because on my 3 week long European trek, my pack never showed up. This story is full of novice travel mistakes, but they will serve as a good reminder to the rest of you.

The first thing you might be thinking, is why on Earth was the bag checked in the first place?

Well, like many first time backpackers, I packed for every single situation imaginable. I mean, who wouldn’t bring a ski jacket to the French Riviera in the middle of June??

Note: I didn’t actually do this, but just trying to make a point.  Unfortunately, the one situation I didn’t prepare for, was the one where the overly-zealous packer can’t carry on his bag because it is too big.

Reluctantly, I then handed over my bag to the kind folks at Air Canada.  It wouldn’t be for another 24 hours that I realize how much Air Canada sucks. Hanging out in the French Riviera – sans backpack

As carousel #3 at Fiumicino International slowly came to a halt,  I realized I was the last one left standing there.

This can’t be good.

The problem was made worse as I quickly came to the realization that “grazie” and “prego” were pretty much the only Italian I knew. The lost baggage claim attendant made sure I was aware of this fact.

I was scheduled to meet a friend in Siena, about 3 hours north of Rome. 30 pounds lighter, I made my way North after finally finding my way to the correct bus.

The two days we were supposed to spend in Siena were quickly doubled, as I was continuously promised by Air Canada that my bag would show up on my doorstep the next day, and then the next, and the next.

There comes a time when you just have to accept the fact that your stuff is never gonna make it. The sooner you accept this fact, the better off you are going to be.

So four days and six frustrating telephone conversations later, I finally decided to get on with my trip backpack or not.

At this point, all I had was an Adidas nylon bag that I had used as a carry on.  It was big enough to hold a pair of shorts, 2 shirts, an mp3 player, a book and very little else.

However, I quickly found that this was all I needed.

We spent the next three weeks traveling to Venice, Nice, Barcelona, and Amsterdam.  Not once during the entire trip, was I unable to do something I wanted due to my lack of personal belongings.

Sure I had to do laundry a few more times than anyone else. So what, if I had to borrow a few select items from my travel buddies?

It was the first time I had ever spent so much time away from my “stuff”.  And it was one of the best feelings I have ever had. 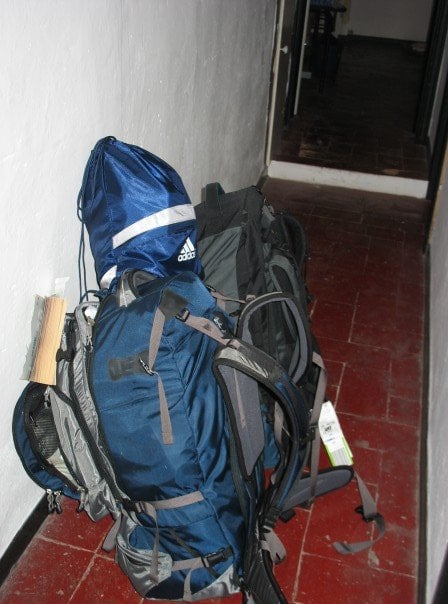 See the tiny Adidas bag? Imagine trekking across Europe with nothing but that!

The key to this was a positive attitude.

One thing that remains true about traveling, is that you have to be able to adapt. Things are never going to go exactly as planned, and if you can’t make the best of the situation, you are going to be in trouble. I was able to look at the whole thing as an adventure and was better off for it.

It even worked out well for my travel mates, as after one particularly raucous night in Barcelona, one them sprained their ankle. So guess who got to carry his way-way-too-big-and-overly-packed bag?  Yep, me.

Kinda sucked to have to carry around a huge back full of someone else’s stuff, knowing full well you had none of your own.  But at least I wasn’t the one on crutches.

Now I am not saying you should just hop on a plane with nothing but the clothes on your back (although I am sure there are many who have had fantastic trips doing this).

Rather, I would like you to just think about the importance of all of the stuff you think you need. You can get by on a lot less than you think, and believe me, your back will thank you later on. Even an extra five pounds over an extended travel period will take its toll.

So ditch the extra pair of shoes.  Cut back on all of those worst case scenarios items that you most likely will never use. I promise you will be glad you did.

If you do find yourself in my situation, enjoy it.  When are you ever likely to travel luggage-less again?

Enjoy this post? Let me know!  You can also sign up for my email updates and RSS Feed. 10 Things I Learned from My First 48 Hours in Scotland