10 Things I Learned from My First 48 Hours in Scotland

Man, it’s been awhile since I wrote just a straight up travel post. Because of this, I figured what better time than now, as I just visited my first new country of 2014 (wow, that’s kind of sad).

I realized as I was editing this, I probably should have done a better job on the photos, but I’ll include what I can 🙂

So about 24 hours ago I arrived in Scotland for the first time. In fact it’s my first time in Europe since 2007.

It’s a little strange to be in a foreign land were everyone can speak English – usually when my passport is in hand I’m waiting to hear something along the lines of ni-hao or sawadee krup.

The trip has gotten off to a fantastic start, but I thought it’d be fun to do a quick little recap of some of the things I’ve learned over the last day or so.

For some reason every time I asked people about driving on the other side of the road, all they gave me was horror stories! All I was looking for was a little reassurance and I was getting stories of one lane roads, with two lanes of traffic and the nightmare story of how the Def Leppard drummer lost his arm.

So with all that in mind, last night I drove over to dinner at Souters Inn in Kirkoswald. It was about a 7 minute drive from our bed and breakfast, and I handled the trip there and back with no trouble at all.

This afternoon I had to take us a little bit farther from Turnberry to Troon. We decided to take the scenic route up the coast, and it was great until we got to a few blind curves with 10 foot wide roads, and cars parked in one of the lanes.

My tendency to want to drift to the left got a little scary at times – but so far we remain unscathed.

Here’s a little recap of our time driving on the other side of the road:

2) Beer is not the same here

Last night I ordered an IPA at dinner, curious to see what it would taste like.

You only need two words to describe it:

Warm and flat. Oh, and hopless. Far from what I’m used to in the Northwest.

Apparently thats how IPAs are done here, and it’s the lagers that are carbonated and cold.

3) It’s fiscally irresponsible to drink anything other than scotch

Upon receiving the bill for my flat and warm IPA, I noticed something interesting.

Dan’s 14 year Caribbean Cask Balvenie scotch, which would probably be $13-15 in the states was the EXACT SAME PRICE as my beer: Pound Sign 3.95.

This afternoon we checked into the Lochgreen house where I sit writing this (totally going to be a top ten office btw), and they have an entire walk in “Malt Room” full of extremely well priced rare scotches. 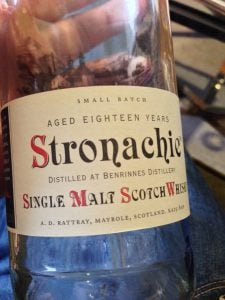 For 5 pounds you can get a Mortlach 16, which not only is extremely hard to find in the States, but if you do it’s over $100 a bottle.

Also, the bottle to the right is the one we bought for us to drink on the trip. Would be double the price in the states, if you could even find it.

4) The people in Scotland are the friendliest in the world

I swear we met every single person in the restaurant that night.

The group next to us at dinner complimented us on our selection, then after they finished up the group on the other side heard about our golf trip and wanted more details.

Upon hearing that scotch was only 3.95 we went to the bar, and got a lesson from the nice lady sitting next to us all about the local distilleries and gave us a few hints on what to try.

Then the guy across the bar insisted on buying us one of those extremely hard to find scotches.

Everyone has been genuinely helpful, interested in us, and a ton of fun to be around.

I always seem to end up with itineraries that have at least 2 layovers if I’m going out of the country. So I was pretty happy to book a US Airways flight from PDX —>PHL—> EDI.

That was until I spent a combined 13 hours on a US Airways plane.

There were no entertainment options and the seats were’t that comfortable. Since it was an international flight I assumed all alcohol would be free – definitely not the case – I guess I’ve been spoiled by too many Asian airlines.

Don’t get me wrong, it wasn’t the worst flight ever, but it could have been better.

Note: The flight home was not any better.

How’s that for a life lesson?

But seriously my very first shot on my very first golf course in Scotland landed in a pot bunker. There was physically no way I could move the ball forward, so the only thing left to do was hit it backwards.

I managed to scrounge together a bogey on the hole, but it wouldn’t be the first bunker I found myself in, and the next ones wouldn’t be quite so friendly.

7) Neeps, tatties, and haggis are all surprisingly delicious

It didn’t take long before we were introduced to fine Scottish delicacies like neeps (turnips), tatties (potatoes), haggis, and black pudding.

I purposefully didn’t ever ask what haggis was until the end of the trip:

Haggis is a savory pudding containing sheep’s pluck (heart, liver and lungs); minced with onion, oatmeal, suet, spices, and salt, mixed with stock, and traditionally encased in the animal’s stomach and simmered for approximately three hours. Most modern commercial haggis is prepared in a sausage casing rather than an actual stomach. – from Wikipedia.

The real surprise of the trip however, is sticky toffee pudding. One of the best desserts I’ve had.

8) The weather is a lot like it is in Oregon.

Pretty much every other day: 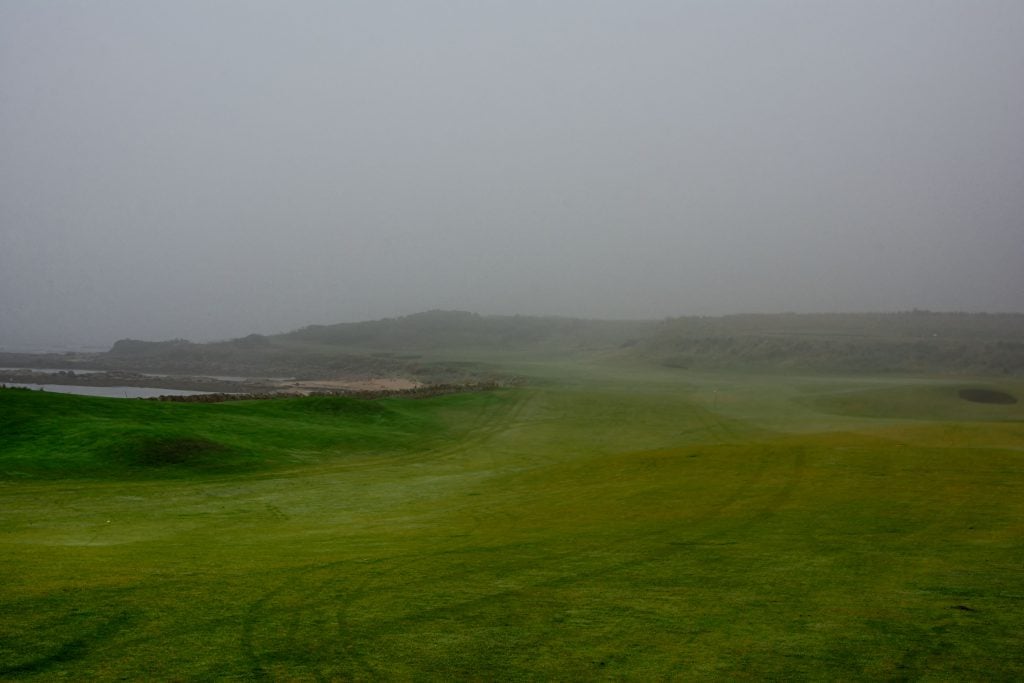 But hey, that’s part of the Scottish experience, right?!

9) Scotland is a very proud and opinionated country

In a complete fluke of scheduling and timing we found ourselves in Edinburgh during the night of the referendum vote, where Scotland would decide if they wanted to remain part of the UK or become an independent country.

It was the talk of the town anywhere we went, and I heard very compelling reasons for voting from both the yes and the no camps.  In the end they chose to remain with the UK, and while some people were extremely disappointed with that, everyone seemed to hope this was a step in the right direction for their country.

Every one we came in contact with had great pride for their home – which was inspiring to see.

This is a gathering Sardinia held, trying to show solidarity for the Scotland vote, as they also have expressed interest in separating from Italy: 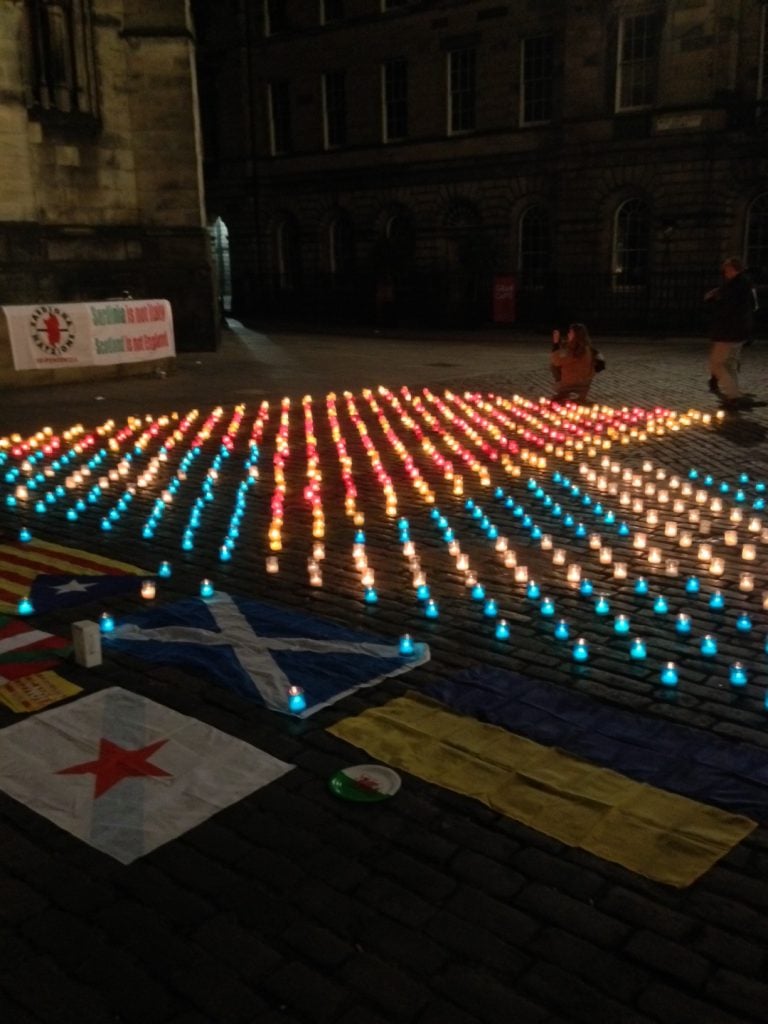 In the past I’ve taken drives across the US, gotten lost in Bali, and now I’ve driven to every corner of Scotland.  While sure, it’s time consuming, it allows you to experience a place in a way that you wouldn’t have gotten to otherwise.

Our drive from North Berwick to Dornoch, was one of the most fun and beautiful I’ve ever had. Well you know, until the darkness and fog kicked in – at that point I was ready to be at our destination.

I’d like to continue doing at least one a year in a new place.

In the end my time in Scotland was one of the best trips I’ve taken. I got to play 9 world class golf courses, drink unbelievable scotch, meet incredibly cool people, and spend a bunch of time with my buddy Dan – which is always a pleasure.

The only question that remains now, is…where to next?! 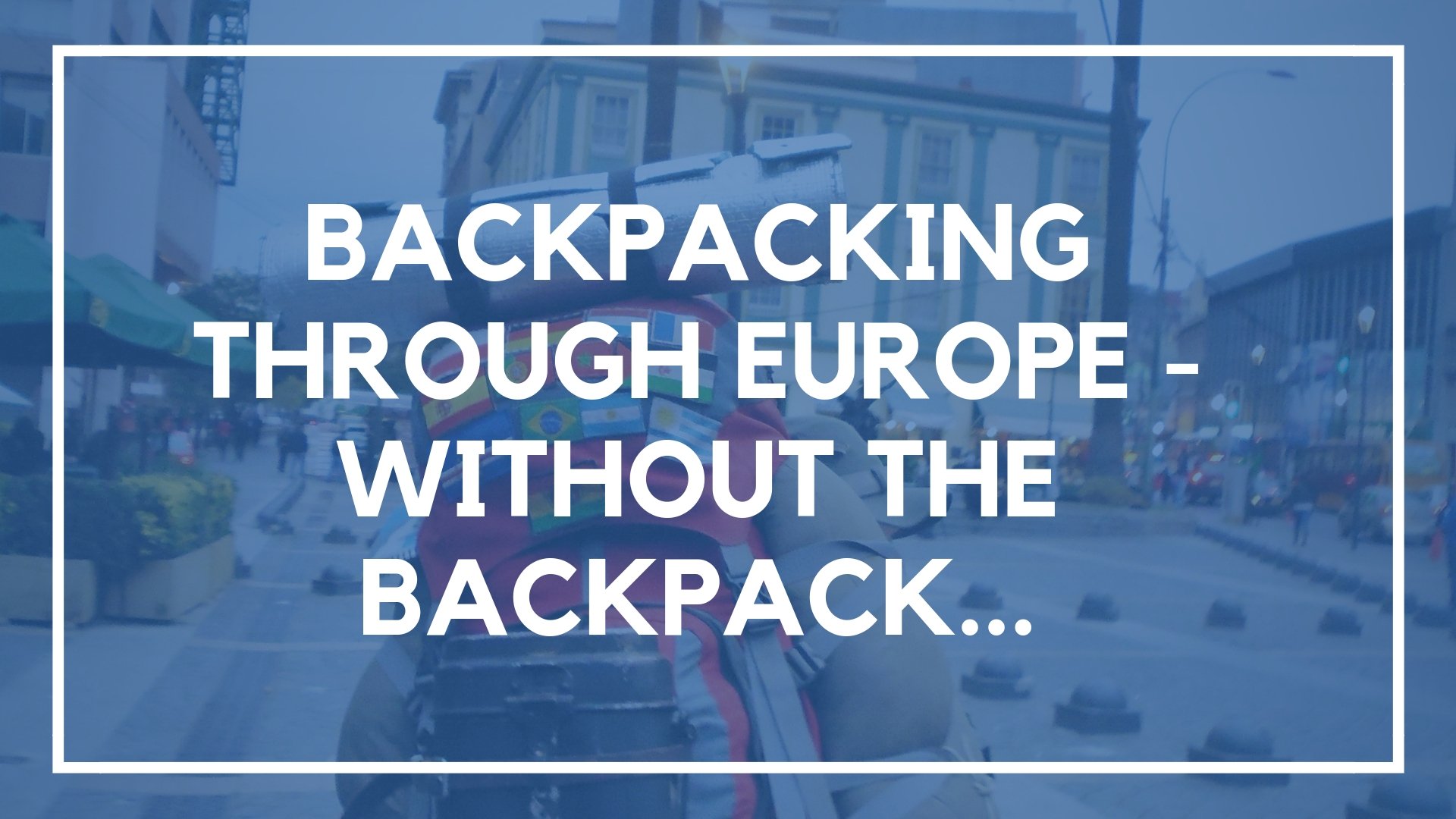 Backpacking Through Europe – Without the Backpack…

A short story about how I went backpacking through Europe, without my backpack. Turns out, it made it home before I did!