Intro from Sean: This is a post from Location Rebel Academy member Samantha Kingston. Sam has been one of the most active members in our forums since she joined. Her results are a big part of that!

There are so many wonderful stories coming out of our community that we wanted to do a series to highlight as many of them as we could. Here’s her story. Writing has always been my favorite form of self-expression.

I learned early on not to share my writing with anyone, however — as a kid, I was very sensitive and took criticism extremely personally, no matter how well-intended.

In 2017 my youngest started kindergarten, and I reluctantly re-entered the workforce after many failed attempts to find work from home that I was anywhere near qualified for.

I liked my job and it paid pretty well, but it wasn’t something I could have done long term. The decision to leave was made for me when the job ended, which renewed my desire to work from home.

With refreshed determination and through a LOT of research, I eventually found out about freelance writing.

I was skeptical; surely these awesome writers with their high-paying careers must have had something that I didn’t. Sure, I liked to write and thought I was decent at it, but could I do it for a living?

Was I good enough?

The Battle in My Head

After long hours of Googling, reading, and taking notes, I found a course that seemed perfect. It was a step-by-step walkthrough of what it takes to start a freelance writing business, and affordable enough to enroll without wincing at the price tag.

I devoured the course within a month, all the while feeling great about my new venture.

Once I finished a familiar feeling crept in, paralyzing me and killing my excitement. It was my fear of being judged, haunting me from way back when I was a kid.

I was angry with myself for having this old, irrational fear, but I allowed it to stop me anyway.

For 2 years after this, I would “try” to get my business going, but always conveniently found a reason why I couldn’t, shouldn’t, or wouldn’t take the leap.

I still followed successful writers’ blogs and YouTube channels and read all the emails that arrived in my inbox, quietly telling myself that I would be like them one day. But, my progress was at a standstill, save for a few meager attempts at what ended up being a whole lot of nothing.

In early 2020, frustrated with my lack of direction and progress in life, I started a new habit of listening to inspiring/motivating YouTube videos on my commute to yet another low-paying job.

On one particularly soul-crushing day, I typed “how to be a freelance writer” into the search bar, hit play on the first thumbnail that looked interesting, and began my drive home.

As I listened, I realized this guy really knew his stuff, and he was funny, too! I liked his upbeat attitude and that while he was obviously smart and successful, he didn’t have a stuffy or serious personality.

As you’ve probably guessed by now, the guy was Sean Ogle, and the YouTube channel was Location Rebel.

Two months into my new job the pandemic hit, and after being laid off I became certain that I had to do this writing thing. I went back through the course I had previously taken, kept watching Location Rebel videos, and subscribed to their mailing list.

I then started reading their blog, which is where I found out about Location Rebel Academy.

I quickly dismissed it, telling myself that I didn’t need any more courses; that I’d already spent enough money on this seemingly doomed project. I carried on taking tiny steps towards my goal but still didn’t make much happen.

Before I knew it, the New Year was coming and I had spent the last 9 months basically making no progress.

When my Location Rebel email came that week, something finally clicked. There was a New Year’s sale for Location Rebel Academy packed with a ton of awesome bonuses, one of these being a “done for you” website.

The dreaded website was the hurdle I had failed so many times to jump — my main roadblock to getting started. I’d be a fool to pass this up! After some initial hemming and hawing, I said screw it and hit the order button.

Once I signed up I was overwhelmed at the sheer volume of content, but after I averted the panic attack that was looming, I read through the recommended “Steps to Success” guide. This gave me a good introduction to the site and helped me figure out where to go first.

The “How to Be a Freelance Writer” blueprint was exactly what I needed to refresh what I already knew, and there was even more great content that I hadn’t seen before. I committed to reading through it daily and before long I was finished, feeling a little more confident than when I started.

The next step was the website, the thing I had been dreading the most. Through a pounding heart and shaking hands, I signed up for mine to be created.

This was actually happening!

I then joined the forums and found so many people just like me, experiencing similar things on their own journeys. I had avoided forums/communities in the past, but I really felt at home here — everyone was so supportive and helpful.

Why had I wasted so much time getting here? I almost kicked myself for not joining sooner, but I was so excited I soon forgot about all that.

Sean and Liz both stressed that the most successful members were a) active in the forums, and b) joined mastermind/accountability groups. My initial reaction to this was my usual “I’m better off alone,” but when a new rebel posted asking if anyone was interested in forming a group, it somehow felt like a good idea.

We eventually became a group of 7, and I’m so glad to know all of them. We communicate regularly and meet weekly to discuss goals and progress. They’re a big part of my motivation — having like-minded people to share this journey with has been a huge help!

A Glimpse of Success!

I now participate regularly in the forums, which is where I found Liz’s “Marketing Mayhem” challenge. For the month of February, she would post her pitching goals on Monday and follow up the next week with progress and new goals.

She asked if anyone wanted to join, so I did. I was still scared to pitch, but I forced myself to start the challenge anyway.

The first email was the scariest, but when I hit send I felt a feeling of relief. I had finally done it! All I could think about from that point was more pitching, so that’s what I did.

I developed a system to keep myself organized (as per Sean and Liz’s advice), which really helped with time management and productivity. After about 2 weeks of sending emails, I got a response.

I landed my first paid article!

I was over the moon and rushed to share the news with my group and the community.

One paid gig is not a successful career, I know. But the fact that I’ve come this far in such a short time is nothing short of a miracle, especially after all that wasted time being too scared to start.

I will forever be thankful to Sean, Liz, Location Rebel Academy, and all my fellow rebels for the (friendly) kick in the pants I so desperately needed. I feel like a whole new person, and I wouldn’t have made it this far without you!

Samantha Kingston is a personal growth freelance writer educated by a lifetime of personal experience. When she’s not working, she loves hiking the trails of beautiful Northern California with her dog and spending time with her sons. 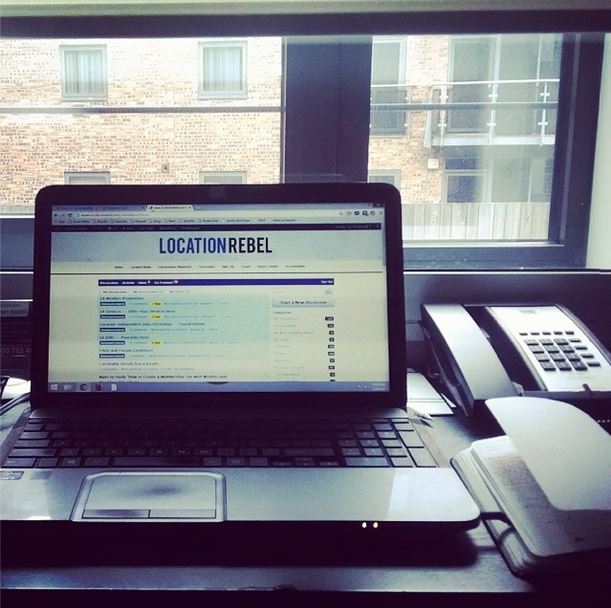 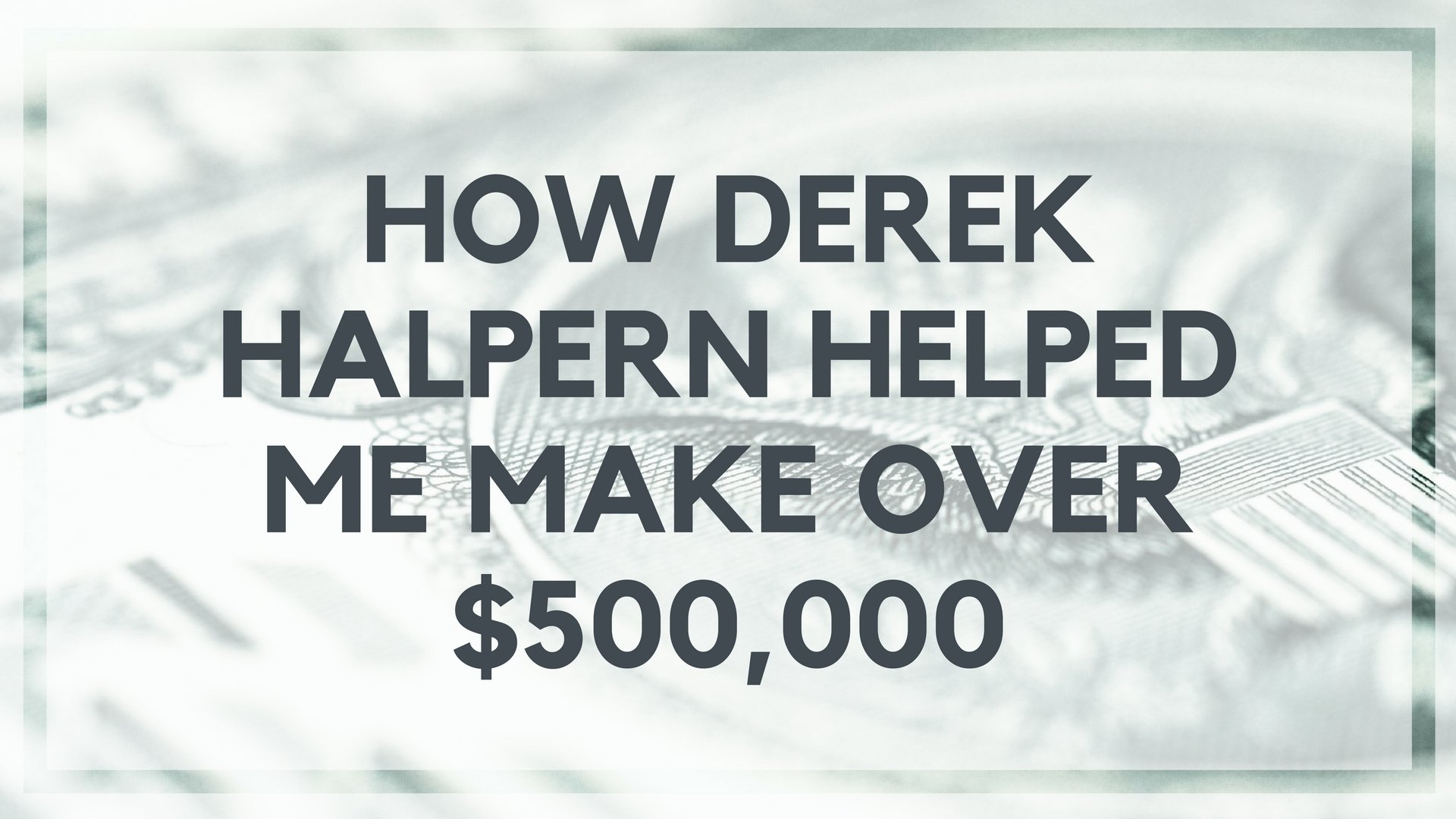 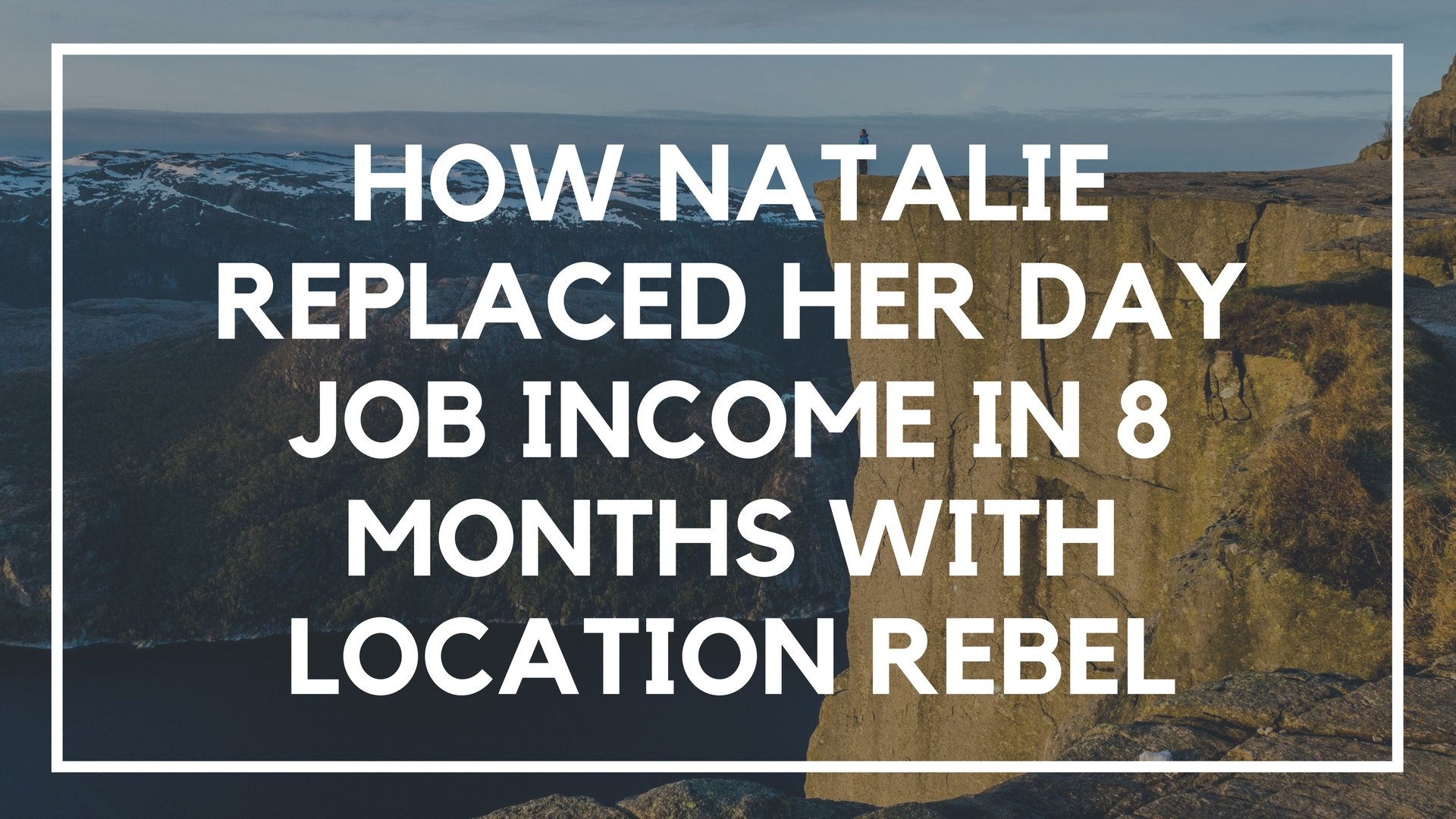