Note from Sean: I’ve been friends with Joel Runyon for years now. We’ve hit up WDS, been to Jordan, and have had more than a few adventures along the way.

Besides being a great travel companion, Joel has been able to do some incredible things both inside and outside of business like running 7 Ultras on 7 continents to build 7 schools for Pencils of Promise.

In this post, Joel shares some really awesome advice on how he started his own Hobby Hacking business that now rakes in six figures and helps people around the world stay healthy.

Take it away, Joel!

I found Sean’s blog when it was a few posts old. Back when he still had his corporate gig & was reviewing happy hours and his buddy Ryan was moving to Hawaii.

They’re not super-relevant posts to the content today, but I love the fact that he keeps them up. Why?

Because when I first started reading Location180 (now Location Rebel), the first thing that I thought was: if Sean can do it, I can do it.

I still credit Sean with being the one blogger that made it seem real. That made it seem like even I – Joel sitting in his parent’s basement – could figure out how to travel the world and run my own business.

Joel and I playing it cool in the Monastery. Fortunately, no Transformers came to eat us…

So after a year of living vicariously through Sean (and seeing him go off to Thailand), I started my own blog – IMPOSSIBLE. And since, blogging has literally changed my life.

So today, I want to share how I built a hobby hacking business that does multiple-six-figures while enabling me to spend the last year and a half traveling to 29 countries, visiting all 7 continents, all while raising a ton of money for charity.

Joel has run everywhere including this Ice Marathon 100k in Antarctica!

And it all started on accident…

Step 1: Throw a Bunch of Stuff at The Wall

When I was first messing around with trying to add a business component to IMPOSSIBLE, I tried a few things.

One of them was a fitness challenge – get a six pack in 8 weeks. The blog turned out to be quite popular, and in it, I had mentioned that I adapted the paleo diet for my challenge and suddenly everybody had questions about the diet itself.

Pretty soon, I was overrun with questions and was spending a ton of time answering questions about something I didn’t even have a product or service around.

Write down a list of things that interest you. Don’t worry about what they are quite yet, but write them down. If you have a blog, try writing about them here and there.

Again, don’t put too much pressure on yourself just yet. Experimentation is the key.

Step 2: Answer Questions on What Sticks

The chatter that came with the questions was unlike anything I had written beside cold showers. People were asking all sorts of questions – left and right – and I was writing 500-1,000 word emails responding to them.

After getting sick of writing the same thing over and over, I decided to set up a new paleo site and just copy/paste one of my emails there. That way, whenever someone sent me an email about paleo, I could just send them a link to that site instead.

This saved me a couple hours each week in random emails, but it also started to get popular. When I got a question that wasn’t answered on the page, I would add it.

While there’s plenty of SEO and blogging techniques you can learn, answering people’s questions is 80% of the issue.

Note: For 1000% transparency: this was NOT the first idea I tried. We tend to forget all the things that we tried out before things took off – so in the interest of full transparency, here’s a short list of things I tried that I failed miserably at:

There’s a lot more, but my coping mechanism has been to forget about the most embarrassing ones.

Build your skill set. Join Location Rebel, get your $100 sandbox, learn some skills and teach yourself how to build a niche site.

It’s not going to happen overnight, but if you keep experimenting and keep your eyes peeled, you’ll start to become aware of what resonates.

The site began to get traffic. Initially, it was from me sending people that were asking questions over to it.

Find 3-5 products that sell well in the space that you’re in. Test them out and see what works. Don’t worry about making a Unicorn company yet – your goal at this stage is to make sure there’s some sort of “checkout” button on the site and cover your hosting bill.

Step 4: Figure Out A Way To Grow

As we started to get traffic, we looked for a way to grow. The main guide was good, but that was all that was getting traffic. We needed to diversify the traffic and build upon the larger opportunity.

So, we started to build out content to grow. 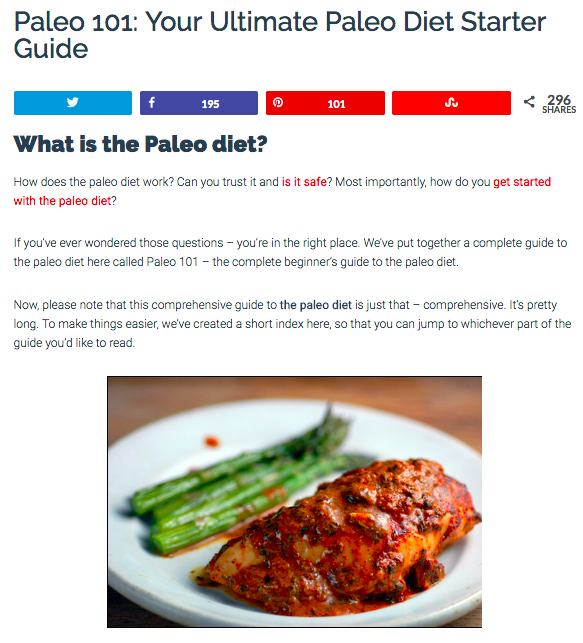 I updated the paleo guide to be even more comprehensive, brought on a part-time nutritionist to help run the blog.

Today the site has hundreds of articles and research posts as well as over 400 recipes. 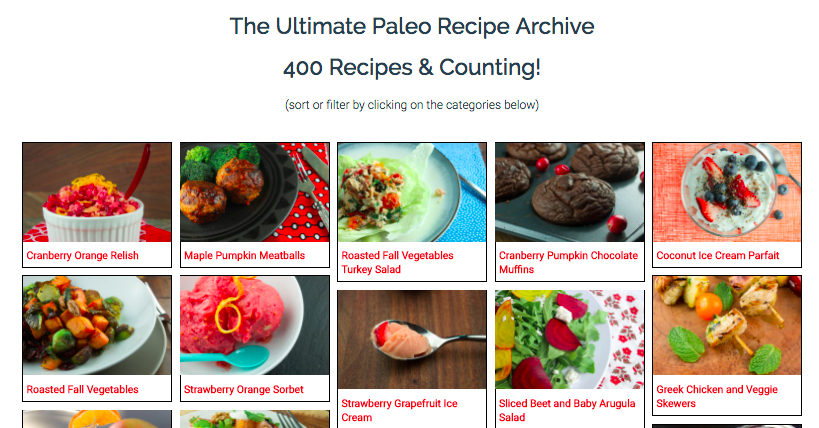 When people talk about micro-sites or affiliate-sites, they usually stop there.

But the thing about “affiliate sites” or “passive income” when most people talk about it is that they’re not usually that unique. That is to say – that’s there’s no much of a barrier to entry to someone coming in and ripping off your side.

Most affiliate sites are easily replicable and prone to market penetration by new players. This happens a lot in areas like diet and fitness, as soon as a trend starts to take off, you get hundreds of copy-cats.

If you just have an affiliate business, it’s very easy to be replicated. Someone else builds a site and gets that traffic and uses those same affiliates.

But, if you have your own products and services, it’s a lot harder. You can become the player that everyone else sends that traffic to. 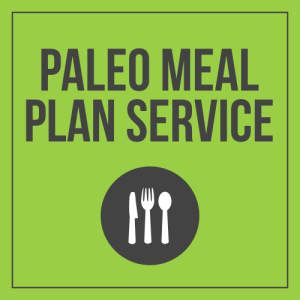 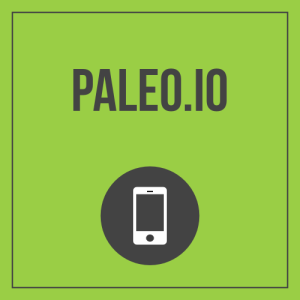 In addition to the set of sites we built, we also built our own products

These took a lot more time and money to build than a simple recipe book we could sell as an affiliate, but as we began to build them, we created our own customers and began to build a bigger business that was harder and harder to replicate.

Look at both your site and the space you’re in and what current offerings are out there.

Once you’ve answered those questions, then start looking at how you can go about creating those products.

Here’s the thing while traveling – it’s easier than ever to run an international business, but I ran into a problem. The business stopped working when I did.

Truly “passive” income is a myth – because like I said before – most sites are readily replicable.

So I brought on some help – and this was HARD. It’s hard to give up control of a site, but it’s also hard to lead and inspire your team towards the goal of the sites and the business. 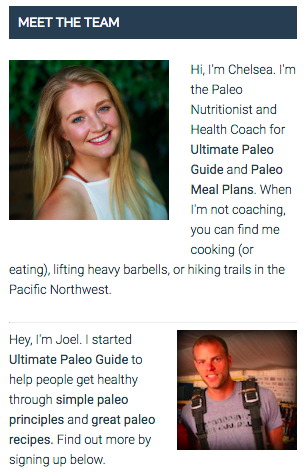 The team at Ultimate Paleo Guide.

However, once I learned to let go of the control-freak side of things, it started to pay off. It also made it so I didn’t have to spend every waking day on the site. I could look away from the site and it would still continue to do well.

Once you’ve got a feel for everything going on in the business, start considering hiring your first employee. Oftentimes, you can use Angel List, Upwork, or another site.

But if your site already has traction, I’ve found hiring from your own readers can work better than almost anything (Liz might agree)!

Joel likes to focus on mindset, fitness, and adventure. (Image).

One of the things I’ve always admired about how Sean runs things is that he optimizes for lifestyle. He’s very good at kicking back, golfing the hundred best golf courses, meeting Steph Curry or finding the best bar in the city.

I’m a bit different. It’s a bit tougher for me to turn my brain off. As a result, even when I’m in a crazy cool new location, I tend to be thinking about business unless I’m very methodically determined not to.

The important thing about a lifestyle business is the “lifestyle.” Whatever it is that you’re doing, make sure you’re doing it because you want to be doing it.

If there’s nothing else that you get walking away from this post thinking, I want you to know that you can do it.

When I first read Sean’s posts about happy hours in Portland and moving to Hawaii, I was unemployed and trying to get a job at Starbucks (they wouldn’t call me back). It’s been a lot of work, but I did it.

Joel Runyon is the founder of Ultimate Paleo Guide. When he’s not eating 80% paleo, he’s challenging himself to do the impossible and build other IMPOSSIBLE companies.

Want to know how to build a NICHE SITE in 2018? Want to make passive income? Click to learn all the details for how to build a niche affiliate site or blog. 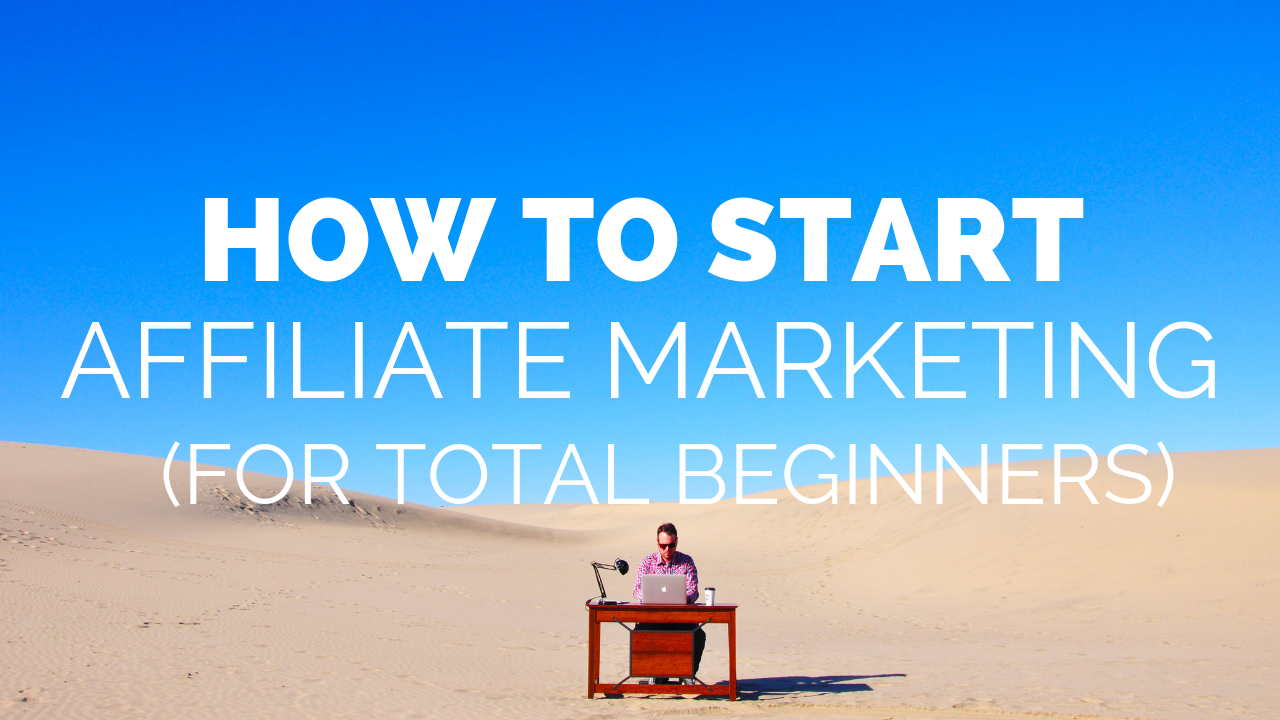 How to Start Affiliate Marketing (The Complete Beginners Guide)

Learning how to start affiliate marketing isn't nearly as hard as you think it is, even if you're a beginner. I show you step ny step EXACTLY how to start. 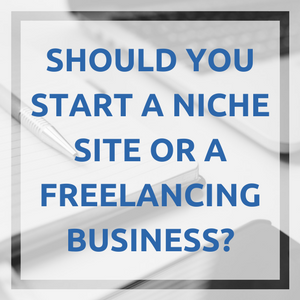 Should You Start a Niche Site or a Freelancing Business?