Productivity Isn’t the Problem. This Is… 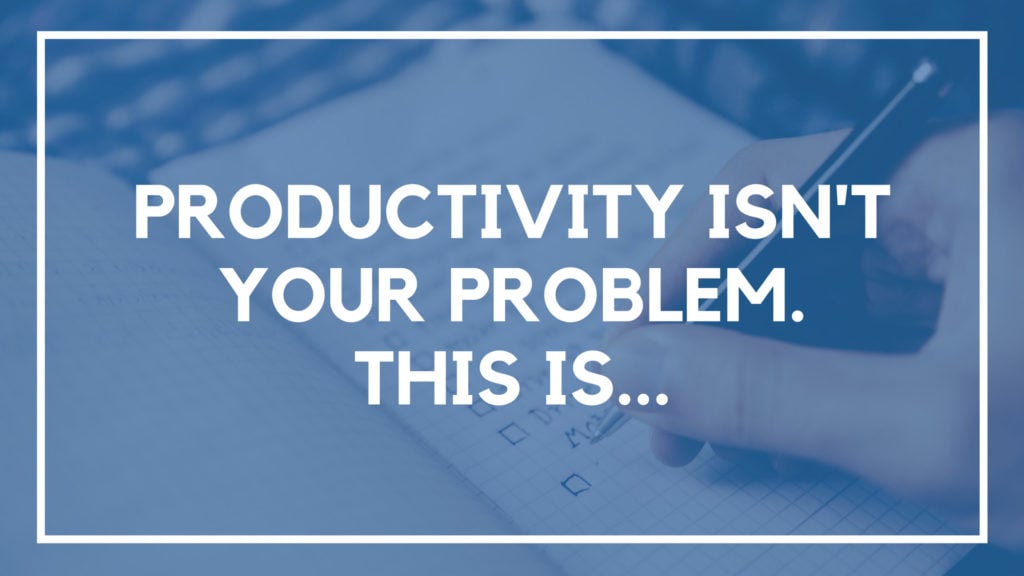 Do you struggle with productivity?

Of course, you do. All of us do, we’re just all at varying stages in our battle.

For me, every night when I close my laptop I ask myself, “did I do as much as I’d planned on doing today?”

And if the answer is no, I’ll beat myself up about it.

But productivity is not the problem here. The problem is not one of material output, but rather it’s more psychological than that.

Productivity is not the problem, but rather the problem is deliberate action.

Why You Need to Focus on Deliberate Action

For months now, my afternoons have been rough.

On most days, my energy management is all over the place. I attribute a lot of this to not eating well, drinking more than I should, and not being mindful of the habits that I know will have the most positive effects on my output.

So usually this leads to a hell of a slump in the mid-afternoons.

Sidenote: Check out When: The Scientific Secrets of Perfect Timing for some of the science behind this slump.

During this slump, I find myself wasting hours away on my phone playing mindless games, or scrolling through social media accounts that I don’t even really care about.

So even if my mornings were productive, these afternoons can be killer and make me feel like I wasted the day away.

But it’s not the lack of afternoon productivity that makes me feel depressed. It’s the lack of deliberate action.

It’s the fact I defaulted back to the easiest possible thing I could do, rather than make a deliberate decision to do something.

There’s a big difference between deliberately choosing to play Super Mario Odyssey vs. mindlessly choosing to scroll away on my phone.

In that instance, if I made the deliberate choice to play a video game, I feel good about it, and it’s a nice break from work. But when I default to my phone, it has the opposite effect.

So in essence, on the days I make deliberate choices I feel great.

On the days where I waste time by going straight to the default action? I feel horrible.

So what are your default actions?

I’m willing to bet at least some of your productivity woes can be fixed by defining what your default actions are – and then taking a deliberate action to change them.

Check out some of our favorite posts on productivity.

Want help building a lifestyle business of your very own? Awesome, that’s what I’m here for.