Benefits of Coworking Spaces: Why All Remote Workers Should Have One

Once upon a time I lived in Bangkok.

When I landed in the City, I honestly knew nothing about it.

I just showed up.

I had a hostel booked for the first 3 nights, and just hoped that I’d be able to find a decent place to live during my first 72 hours there.

Aside from Dan, I knew of one person in Thailand. His name was Cody. He had a blog. And that first day having never met him in person, he invited me to join him and some friends to visit the Ayutthaya ancient ruins about an hour and a half outside the City.

It was an incredible way to spend the very first full day I’d ever spent in Asia. 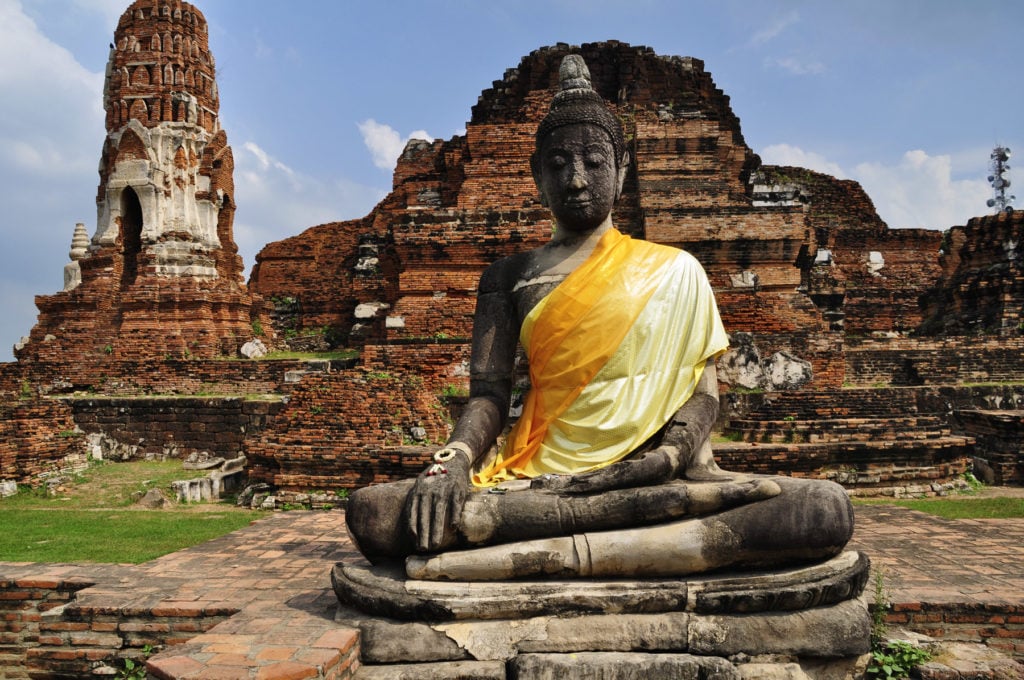 A Buddha at the Ayutthaya ancient ruins outside Bangkok.

But that meant the next day I had to hit the pavement to find a place to live.

I looked at 4 different apartments. One in the Sukhumvit area, which is one of the most popular spots for tourists and expats, and the others in the Victory Monument neighborhood. 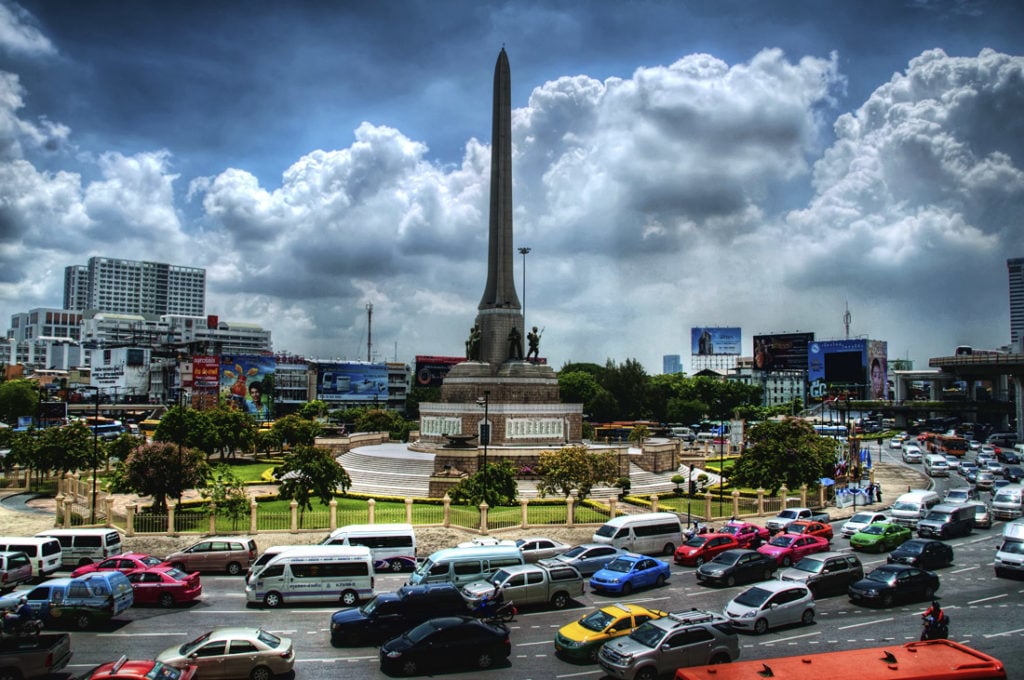 Victory Monument, taken on my last day living in Thailand.

Victory Monument is only 3 train stops from the very center of the city, but it had much more of a “locals” feel than some of the more popular spots.

In a bout of luck, there was one apartment that had just become available in Cody’s building, and it would become my home for the next 6 months – for the low, low price of $200 a month. I had a wired internet connection (for an extra $30/month), no kitchen, and along with Cody, food vlogger Mark Wiens was also living in the building.

It was a much simpler time, and I look back extremely fondly of the adventures had during that year of living in Thailand.

My 90 Minute Commute in Bangkok

But to say that my apartment wasn’t the most ideal workspace would be the understatement of the century.

There were a couple places nearby I could work, but on most days, I’d commute 45 minutes each direction to cowork at a spot called “Third Place.” Outside of Third Place in Bangkok, Thailand.

The idea was you have home, work, and then you have your third place where you spend time and form community.

Which is why I made the trek, despite the fact that on really busy days it could take upwards of two hours round trip.

Over the last few years, I feel like I’ve been lacking a solid “third place”. Or since I work from home, frankly I haven’t even found the perfect second place.

For a while, I’ve been wanting to find spot that I could make my home away from home.

A place where I’d be able to work, meet with others, get exercise and generally create an environment that leant itself to productivity and healthy choices.

There’s a club in Portland that has all of that. It’s one of the largest athletic facilities in the US, it has resources for nearly every sport imaginable, great restaurants, and plenty of space to get work done. It’s also 3 minutes from my house.

However, unlike the 20 bucks a month I paid to be able to work from Third Place in Bangkok (which felt like a fortune at the time), I’ve been on the waiting list here for two years, and let’s just say it’s not exactly cheap.

Many of my friends have been confused by why exactly I’m so excited about joining this place, and why I’d spend the money to do it.

The answer is because having worked for myself for the last 10 years I truly understand the importance of a good “third place”.

On this site I’ve talked about my afternoon slumps, issues with energy management, and struggles with building truly consistent exercise habits.

This has the potential to solve many of those problems, and there’s no amount of money I wouldn’t pay (within reason) to find a place that does that.

I can work for a few hours in the morning. Then without having to pack up, or go someplace else, I can go work out.

Then do some more work.

Then go play tennis, or swim, or have a meal with friends.

It allows me to easily flow from work to healthy activities, and back again.

The downside to working at coffee shops, is once you’re done it can be difficult to re-engage on what you want to do for the rest of the day.

I work there for 4 hours, then pack up, go home, try and motivate myself to head back out to go to the gym or to dig back into work at home, where numerous distractions are abound.

Essentially I’m treating this as my coworking space.

What Are the Benefits of Coworking Spaces (Or Your “Third Place”)

The answer to this really depends on your goals.

As a kid, I played competitive tennis. My third place was the tennis club where I learned the game. Every day after school I’d be there practicing with any number of dozens of different people.

When I was still at my desk job, my third place the was Library of the Heathman Hotel in downtown Portland. That’s where I’d go during lunch or after work to write and work on this blog. At the time, I needed a quiet place free of distractions where I could work on my side hustle.

In Bangkok, I needed fast wifi and a community of expats that were in a similar position as I was.

Now I need something that will help me balance both my business and personal well-being goals.

Think about what your current goals are. Are you looking for a community? A place to focus on work? An escape from the stresses of everyday life?

If you’ve never thought of the concept of a “third place” I’d encourage you to spend some time thinking about what that might be. For me, the times when I’ve had that place that helps support my goals, I’ve found myself not only being more productive but being happier in the process.