Did you know that it was possible for alarms to go off at 2:30 in the morning? Until Saturday, I had no clue. However, that is what needed to happen in order for me to accomplish #16 on my list: climb a mountain. It was a two and a half hour drive to the Devil’s Lake Trail head, just outside of Bend, Oregon. The goal was to hike the South Sister, which is the third highest peak in Oregon at 10,358 feet.

I don’t think I have been on a hike over 5 miles in the last 5 years, so I was unsure as to exactly how this whole thing would go. My question was quickly answered in the first 10 minutes of hiking, as my lungs felt like they were going to explode and my calves were already burning as I made the uphill trek.

The first mile and a half was supposed to be “the easy part”. Since when is the easy part straight up? It took about half an hour to reach the top of the first ridge, at which point my heart sank. As we reached the top, we got our first view of the mountain we were going to climb.

It was 1) way bigger than the pictures made it out to be and 2) it was still a long freaking ways away. 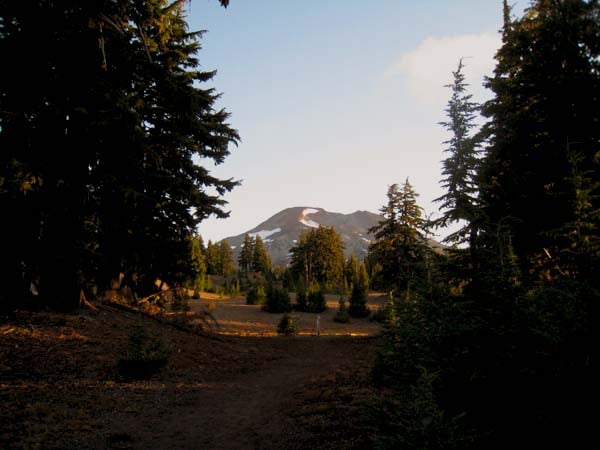 After the physical exertion I had just put myself through, I felt as though I should already be halfway UP THE MOUNTAIN. No such luck. We did however get a chance to walk through a beautiful meadow with some pretty incredible views as we made our way to the base of the mountain.

On a side note, I was shocked how many younger kids there were doing this. Parents must think it is funny to put their kids through hell, and call it a “vacation”. With the exception of the energizer-bunny-kid (a five year old that I swear could have ran up the mountain in 15 minutes), every person under the age of 12 I saw looked absolutely miserable. Actually, I take that back. Every single person I saw looked miserable.

Once we finally reached the mountain, things didn’t get any easier. It was about this time I realized how out of shape I really was. You know you have a problem where you have to rest after every 20 or so steps you take. We spent the next hour and a half trying to follow a poorly marked trail through boulder fields and 50 mph wind gusts and ended up going losing the trail on multiple occasions. However, we quickly realized that as long as we were going up, we were headed in the right direction.

If there is one thing I learned it is that mountains can be very deceiving. Just when you think you have reached the top, you crest a ridge only to realize that you still have a long ass ways to go. This happened to us as we reached beautiful cirque lake and noticed that the worst part was yet to come. 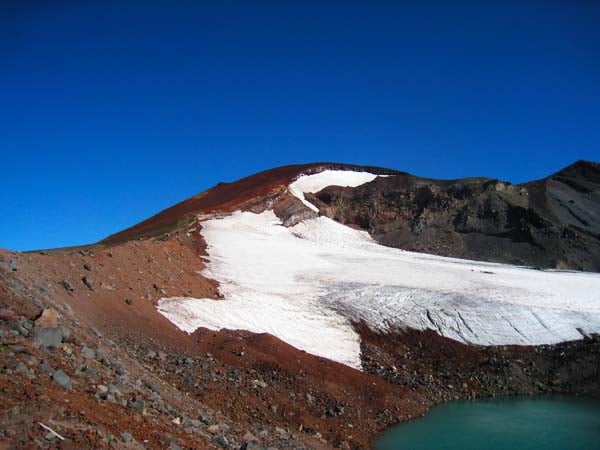 The ridge that we still had to climb, after we thought we had reached the top

The next hour and a half would be a constant battle to get up a 45 degree rock scree which was the final push to get to the summit. It was two steps up and one step back the entire way up. Luckily we were one of the first people on the trail, so I didn’t have to worry about a pack of 12 year olds putting me to shame; which is inevitably what would have happened.

As we reached the top, the mountain decided to play another little trick on us. After completing the mile long crawl up the scree you notice there is a large glacier at the top, and to reach the true summit you have to hike all the way around it. Crap. At least at this point we could see the top. The actual summit in the distance across the glacier

This was actually the easiest and most satisfying part of the trip. It would only be another 20 or so minutes until we had crossed the glacier and were sitting atop the summit eating what had to be the best sandwich of my life. 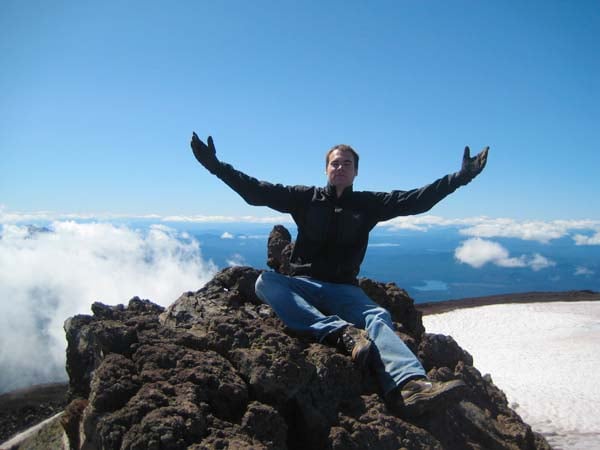 So this is what it feels like to be on top of a mountain! The other two Sisters as seen from the Summit

After a quick nap, it was time to continue our journey and get back down the mountain, which was actually much more difficult than I had anticipated. That same loose rock that we battled with on the way up would prove to be just as much of an issue on the way down, as we basically skated down the mountain trying to dodge the steady flow of climbers trying to reach the peak. However at this point you couldn’t help but feel good about the fact that the hardest part was over, and all the people you were passing were still going through hell. 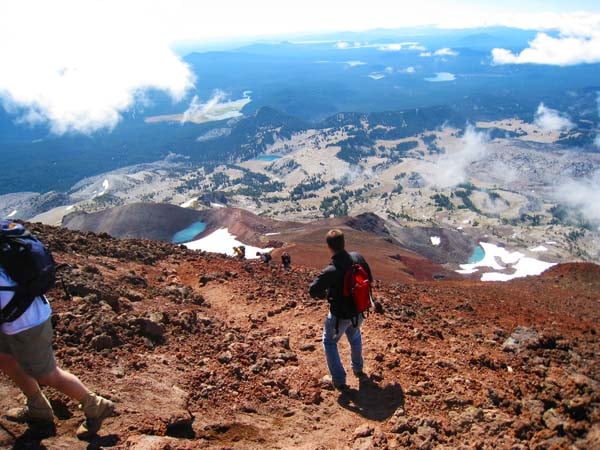 Back down the rock scree 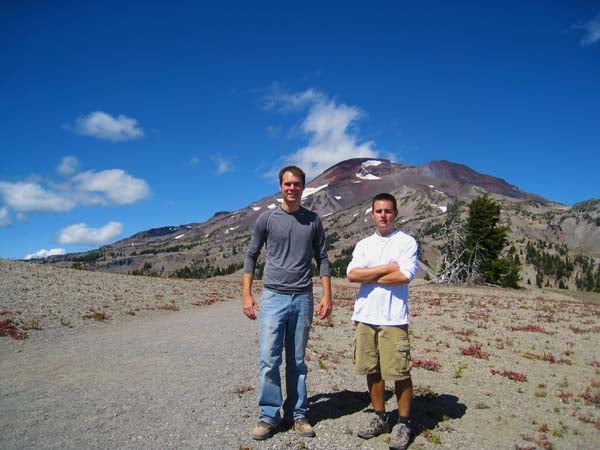 Brian and I towards the end of the hike

As a whole the trip was a fantastic experience. It was a gorgeous day, and a part of Oregon that I hadn’t been to in a long time. To say that I am sore now is a bit of an understatement, but that is a small price to pay to know that I have completed another item on an ever-growing list of things I wish to accomplish in my life.

One quick note, I also took a bunch of video of the climb,  so hopefully by the end of the week I will have a video posted of the trip to go along with this post.

Also, another milestone is that this is the 50th post here at Location180.  Thanks for everyone who has helped to make this community as great as it is, and for the encouragement to help me get to where I want to be!

If you enjoyed this article be sure to subsribe to my email updates and RSS Feed! For years I had wanted to go see the Dave Matthews Band at the Gorge Amphitheater in George, Washington. Two years ago, I finally reached that goal.