This Blog is 6 Months Old. Am I a Success?

For those of you who haven’t seen it yet, yesterday I had a guest post entitled “Budgeting for a Lifestyle Change” go up at Get Rich Slowly.

As one of the most popular and respected personal finance blogs on the internet, I am honored to have had the chance to write for JD, and am overwhelmed with the response I have received.

So if you have come over from GRS, thank you, and welcome!

Is Location Rebel a Success Story?

In that post, there were a lot of positive comments, and unsurprisingly, there were some criticisms as well. The most interesting of which seemed to revolve around whether or not my story constituted a “success” or not.  There were some people who felt as though:

“…you’re just a kid who was likely pampered his whole life growing up, and finally when it was time to be an adult, you had a hard time facing the music that in the real world, nobody cares how much fun you have at your job. You either do it well, or you get fired.”

Man, I think that is the first negative comment I have had since I started blogging. Well its about time! I must not have been doing something right.

The first thing that I want to make very clear, is that I don’t view myself as a success.  I am finding myself in a position to be successful (based on my definition of the term), as I will now be getting to travel, which at this point is my number one priority.

But view myself as successful?  Hardly.

I mean look at the facts.

Now sure there are details that go along all with each of those points that illustrate things aren’t actually that bad, but when it all boils down, those are the facts.

However, being successful and being in a position to be successful are two very different things.

Now that I don’t have the constraints that go along with my previous job, I can pursue my goal of traveling.  While I am at it, I can work on building a business and finding a way to support myself over a longer period of time.

Between the skill set I’ve already acquired, and the amount of support I’ve received from this community, I’m continually amazed by the opportunities that have been presenting themselves over the past few months.

So in a lot of regards, I feel as though I have seen some success.  Had I stayed in the exact same position I was in a year ago (or even a month ago), I think I would be much worse off than I am now.

My definition of success is finding happiness in all aspects of your life, while also being able to support yourself in the process.  This is a key point to some of the criticisms about my GRS post. If you can’t support yourself, then eventually you are going to fail.  Its true.  Short of winning the lottery, you can’t live out a permanent vacation.

Now with that being said, let’s revisit the comment from earlier where it was said that “nobody cares how much fun you have at your job.”  I disagree with that completely.  Because I care about how much fun I have at my job.  What is the point of doing something if you don’t inherently enjoy it.  Obviously, not everything you do is going to be fun, but it sounds to me like the person that wrote that needs to find a new profession.

I would even go as far to say that if you aren’t enjoying yourself at work, then you haven’t been successful.  When did monetary success become more important than personal well-being?

By my metric, it sounds as though this particular commentator has also failed to be successful.  Maybe he pulls down a quarter million a year, but if he has that kind of attitude towards work, he probably isn’t enjoying his life to the extent that he should be.

Let me pose a question.

There is no right or wrong answer, but I grew up thinking that money was of principle importance, and you weren’t supposed to enjoy your job.  Now I am finding the opposite to be true.  Sure I like to have nice things, but if 50 hours out of every week is spent doing something I wasn’t happy doing , then what’s the point?

Success is going to be different for everyone.  I mean it is different for me now than it was growing up.  The bottom line is, don’t let someone tell you that you aren’t successful if you personally feel like you are.  If you are happy with your accomplishments, then that is all that really matters.

Speaking of accomplishments, stayed tuned for a BIG update later this week.  Some long awaited changes are finally being made, and I am REALLY excited to fill you guys in!

Although I will give you a little hint: 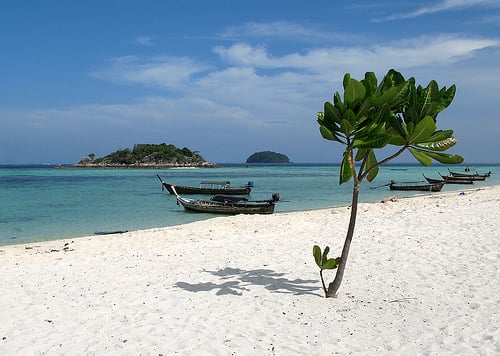