I recently read this post again for the first time in nearly twelve years. (It was originally published in August of 2010).

It was fascinating to reflect back on, as it was originally written just two weeks after I’d returned from my big stint in Thailand. I was terrified of the fact that in that moment, I felt like maybe I’d peaked. Maybe that Thailand trip would be the best time of my life. Those would be the glory days.

It feels good to look back and show my 25-year-old self, that at least to this point, I have not settled.

I didn’t do much editing to the original post, because it represents a different frame of mind than where I am now – and I think it’s beneficial for people who aren’t as far along in their journey to see this.

Here’s a video I shot reflecting back on the concept of the glory days, and how quite frankly, they terrify me.

How to Avoid the Glory Days

A while back had a post entitled “Glory Days” which really had a bit of a profound impact on me.  He pointed out that, everywhere you look there are people who still rely on their past accomplishments, rather than working hard to create more.  It’s like the 70-year-old man who won a state football championship when he was 17 – and still talks about it on a regular basis.

I don’t want to be that person.

This concept is fresh in my mind after reading Chris’ new book “The Art of Non-Conformity”, where he discusses the topic of the glory days again.

I found myself thinking really hard about how the idea of glory days comes into play in my life.  The last time I read his initial post I was in the middle of my Thailand adventures and was like “ah, this doesn’t apply to me! I’m living the dream!” Well, I’m not in Thailand anymore.

I read this latest chapter from a public transit train in Portland. Hmmm, how things have changed.

So what does this mean?  Will my time in Southeast Asia forever be known as my glory days?

We all go through certain phases in our life.  Some are more dedicated towards work, while others are more aimed at play. When in work mode you have to realize that you’re doing it towards an end.  For some, it’s a comfortable retirement a few decades down the road.  For me, and others like me, it’s a life of adventure and freedom – not just six months of it.

Lately, I’ve spent a fair amount of time in front of my computer (ok, I always do), but it’s hard not to sometimes feel like the good days are over! I begin to wonder if this is what the rest of my life will be like?  The easy approach would be to say, “yep it is.”

But when was the easy way ever the best way?

If you aren’t consciously making an effort to live the life you want, then you won’t be.  Simple as that.  I knew when  I arrived back in Portland that it was going to be way too easy to fall back into old routines and habits.

Yet, I refuse to let that happen, because that’s exactly what I was trying to avoid when I left in the first place. I know that the work I’m doing now is inevitably going to give me the flexibility that I crave and ultimately should make me a lot of money in the process.

Rather than settle for the glory days, or even the glory years, I want a glory life.

I want to look back and know that I accomplished everything I set out to, I saw everything I wanted to see, and that I didn’t ever, ever, settle for easy. Easy just isn’t worth it when there is such an awesome life out there that is hard. 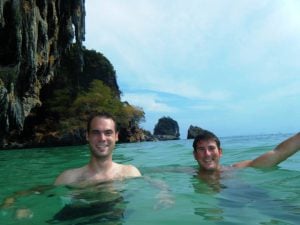 Ryan and I living the glory life in Thailand earlier this year.

Yesterday I talked to my buddy Ryan for the first time in months when he called me from Cairo.

He’s been traveling for 7 months, money is starting to run a little low, and he wanted to know how he could start working for himself to sustain the lifestyle he wanted.

Now there’s a guy who’s going to have a glory life.  In half a year of travel, he has more good stories than most people will have in their entire life.  That’s the kind of life I want. One worth talking about, writing about, and more importantly, reading about.

So today you should think about your glory days. Have they already passed?  Still to come? Or are you dedicating yourself to live a glory life?  It may be hard work, but it’s not difficult.

If that football trophy is looking a little dusty by now, it may be time to think about replacing it with something else… 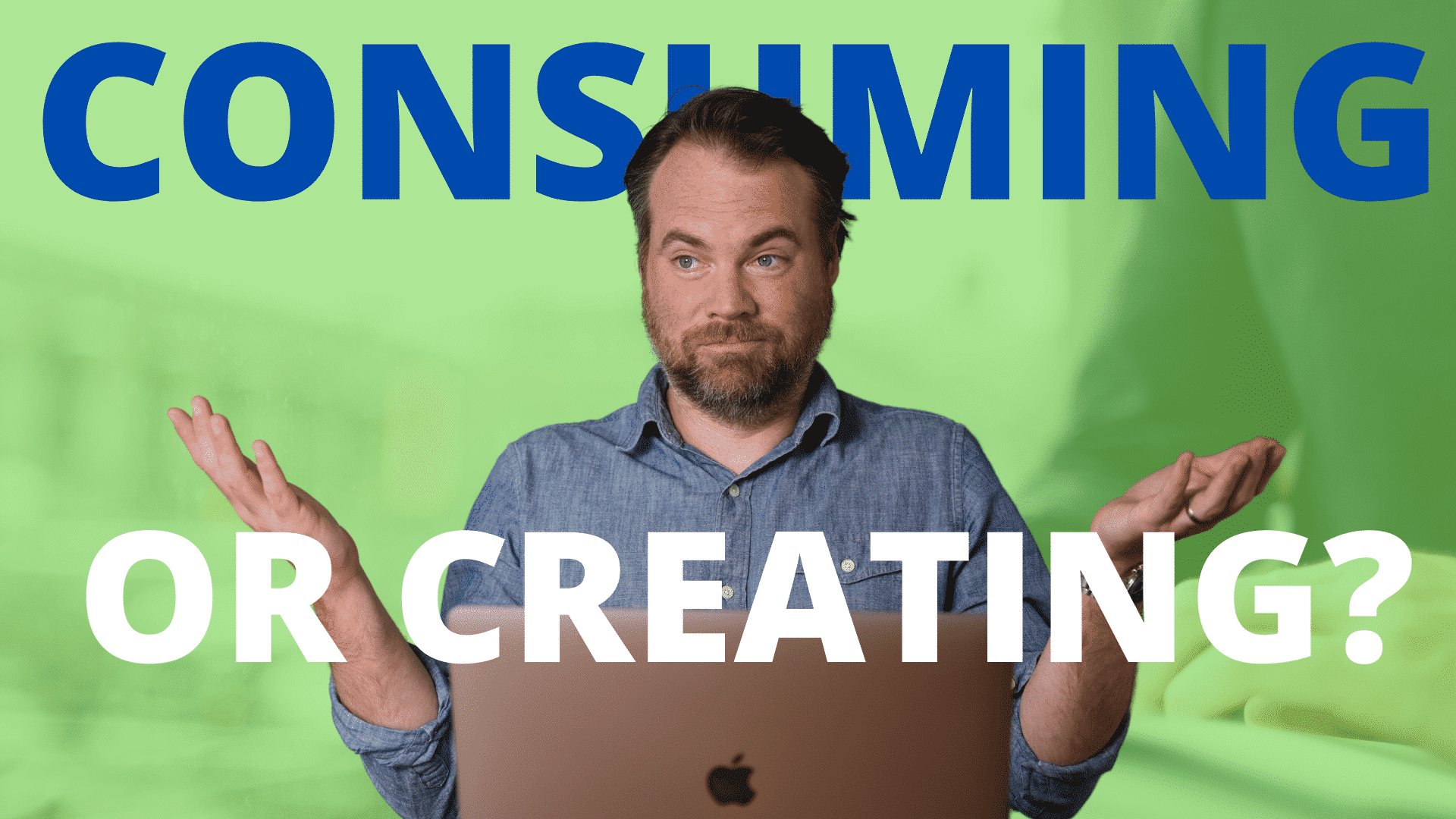 Are you Consuming or Creating?

While you believe you are working, are you really building a business or adding value to your life? Ask yourself, are you consuming or creating?