Why Followers Don't Matter, But These Social Media Stats Do

This is a guest post by my good friend and community manager Liz Froment.

She’s completely helped me rethink the way I approach social media with a couple of my brands, so I’m really excited to have her share this post today. When she isn’t working on her own freelance writing business, working on marketing automation or helping me out, she’s tweeting away at @lfroment.

There are plenty of numbers you should be paying attention to when it comes to tracking the success of your social media campaigns. Just not the ones you think.

The biggest numbers most people look to when judging the success of any one of their social media platforms are typically the number of followers. Sure, having a ton of followers or likes on Twitter and Facebook are always good for social proof, but that doesn’t really prove too much when it actually comes to converting those fans.

After all, that’s what most brands (including yours) want to do on social media, right?

But, we look at our accounts and wonder what’s the deal: “I have 2,000 Twitter followers but no one ever clicks to my site?” or “I bought 500 Facebook fans on Fiverr and but no one ever responds to my posts, why?”

Because, you’re caring about the wrong numbers.

So what does matter?

Where the old familiar phrase “Content is King” has been shouted from the rooftops of the blogging word for the better part of a decade, “Engagement is King” is what works for social media.

Big marketers, the people who know their stuff like Ramit Sethi and Gary Vaynerchuk and Laura Roeder all spend a ton of time focused specifically on engagement.

You want to follow them because you’re going to learn something, or have a laugh, or jump in and ask a question. I can pretty much promise you that it’s those numbers they care most about.

So what does that mean for your business?

It gives us a really great place to get started.

Which Numbers DO Matter

We live in a world of big data now, there are metrics and numbers behind everything.

This data can tell you Facebook gets the most engagement on Fridays, Saturdays are the best days to post about travel on Pinterest if you want pins, or the most Twitter re-tweets come between 9pm and 1am every day.

Once you start understanding how much really valuable information the numbers can tell you, we have to start using those to our advantage.

Let’s look at three simple stats you can start keeping tabs on today that will help improve your brand’s engagement in the future.

This one is pretty simple and can be applied directly to both Facebook and Twitter. Put simply, shares (or re-tweets) are the juice that helps improve your brand’s reach and viralability (is that a word?).

In basic terms, the more people who see your stuff the better chance you have to get them to engage, and eventually click on your stuff. From there, once you have them on your landing page, product page or newsletter page, you have a much better chance of getting them to convert.

What shares can also tell us is if we’ve hit on something that works. I’m the first to admit that a lot of social media, especially at first, is throwing a bunch of stuff up against the wall and seeing what sticks.

Sometimes, things stick and it makes me want to pay attention. 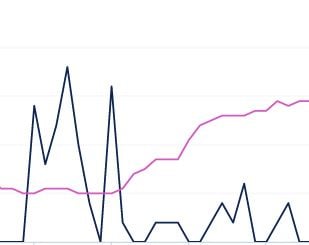 Check out the photo above. This is a graph from the Breaking Eighty Facebook account via Buffer for Business. Here we can see how shares and followers work in action.

Notice anything in particular?

How about how after a couple of days in a row of a lot of shares there was a noticeable jump in the number of followers on the Facebook page.

Because posts were shared, new people were exposed to them, liked what they were about and in turn, liked the site. That gives more exposure to Breaking Eighty in the long run.

Probably obvious at this point, but clearly you are going to want to understand what posts you are putting out that are actually attracting clicks. This serves a couple of purposes.

First, it can give you a good idea of how your content is performing. If no one is actually clicking why? Could be your lead in content on Facebook and Twitter aren’t making people want to click. Could be your title is sort of boring. Could be the content just doesn’t interest a ton of people.

This gives you a lot of things to look at, and work on improving.

Sometimes it’s as simple as just tweaking a sentence or a couple of words. Play around and experiment with the same posts over and over just substituting different introductory content. Are you suddenly seeing a spike in clicks?

Congrats! That means you are doing something right. So figure out what it is and copy it!

Here’s another graph from Buffer for Business for the Breaking Eighty Twitter account. The line we want to focus in on here is the red one.

See what I see? A couple of big spikes.

That means something was happening that made people click. When I checked after the first spike, I saw the clicks were to a post Sean had written reviewing a new high tech piece of golf equipment.

To see if it was a one time thing or if the post had some juice, I scheduled it again about a week later. Hello, second spike. And this time even more people checked it out.

Then, since you can never get too much of a good thing, I posted the same review post yet again, and boom. The third spike.

This is a great example of being able to see that certain content is more clickable than others. Once you see the data for yourself and note those spikes use that content again, and figure out how you can convert the content that isn’t as successful to posts that get more clicks.

Tying in with shares and clicks is reach.

Reach is how many people actually see your social content.

You want this number to be high, it helps expose you to new customers and industry leaders for one. But the key with reach in conversion. Convert a few of those who are newly exposed to your content, and suddenly your sales numbers could be looking a lot better.

In a typical day, if no one clicks, likes, comments, re-tweets or shares your content (why doesn’t anyone like us?!?) then your reach is going to be equal to the number of followers you have.

So, if you’ve got 500 Twitter followers and no one shows you any love on Tuesday, your reach at the end of the day is going to be 500.

Facebook Insights does a great job of showing reach tied in with engagement (clicks, shares and likes) in one handy graphic. 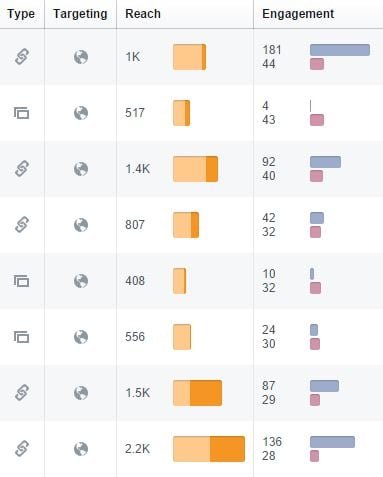 That last column, what Facebook calls the engagement column really helps to drive reach. The posts hat have higher levels of clicks, comments and shares has a dramatic effect on reach.

We all know that Facebook has cut down on organic reach in the last year, which means a site with 5,000 fans that used to reach 2,500 on a consistent basis might now only reach 500.

Those are a lot of potential customers not seeing your awesome content.

Here is a perfect example of how reach and clicks need to tie together. We have two posts that share the exact same link to a review post Sean wrote on the golf technology we covered above.

The number that is probably going to pop out is the near 45,000 reach on the first post.

Yes, having an extra 45k people see the post is a great thing. As you can see it got a couple of re-tweets, favorites and mentions. But, it only got two clicks back to the post. Bummer.

So, we tried it again. This time, we made some tweaks by changing the lead in about the content and actually telling people what to do, “check out my review here” we asked them to click.

Guess what, they did!

Yes the reach was dramatically less, but clicks went from 2 to 38, a massive improvement.

Bringing it all Together

Hopefully, by now, you can see that there is a lot more to social media than just the number of followers you have.

Realize that small changes can make big differences. Try tweaking your titles, content, lead ins, even hashtags, and after a while you’re going to start seeing some results.

There are plenty of other stats that you can look at to really tweak and hone in on, but to get started, work with these three. The numbers might seem daunting, but you can glean so much from them, it’s time to get in the game and give them a shot.

It won’t be long before you start noticing a few patterns and changes that you’re going to be able to capitalize on and take your social media to the next level.

Liz Froment is a full-time freelance writer and the one who keeps Location Rebel running like a well-oiled machine. If she's not writing something informative or witty for her clients, she can most likely be found reading a good book.
Learn How to Make Your First $1,000 Freelance Writing (in 30 Days or Less) 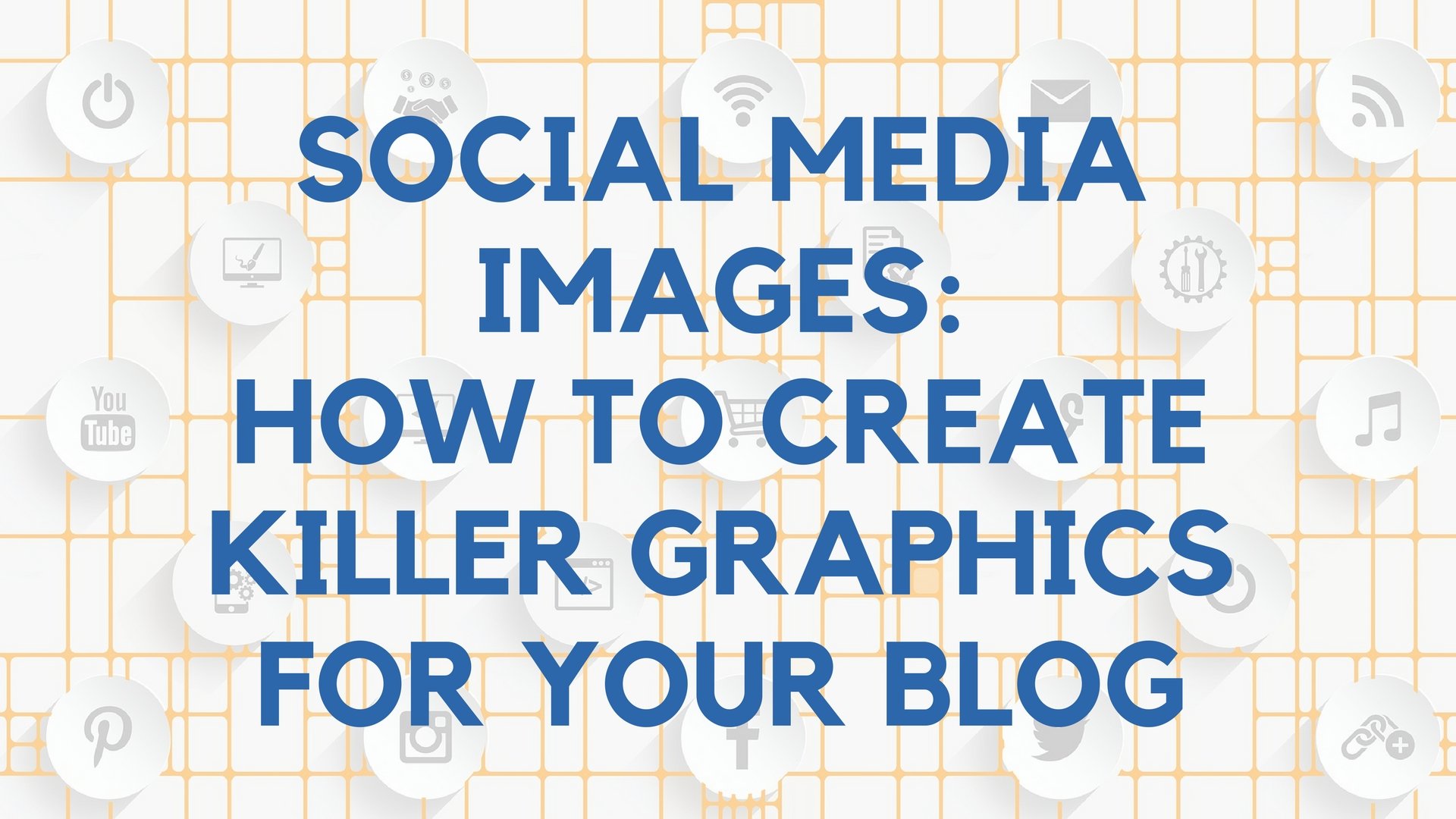 Social Media Images: How to Create Killer Graphics for Your Blog

Social media images for your blog and networks are becoming more important than ever. Here are the five tools we use to make great blog graphics. 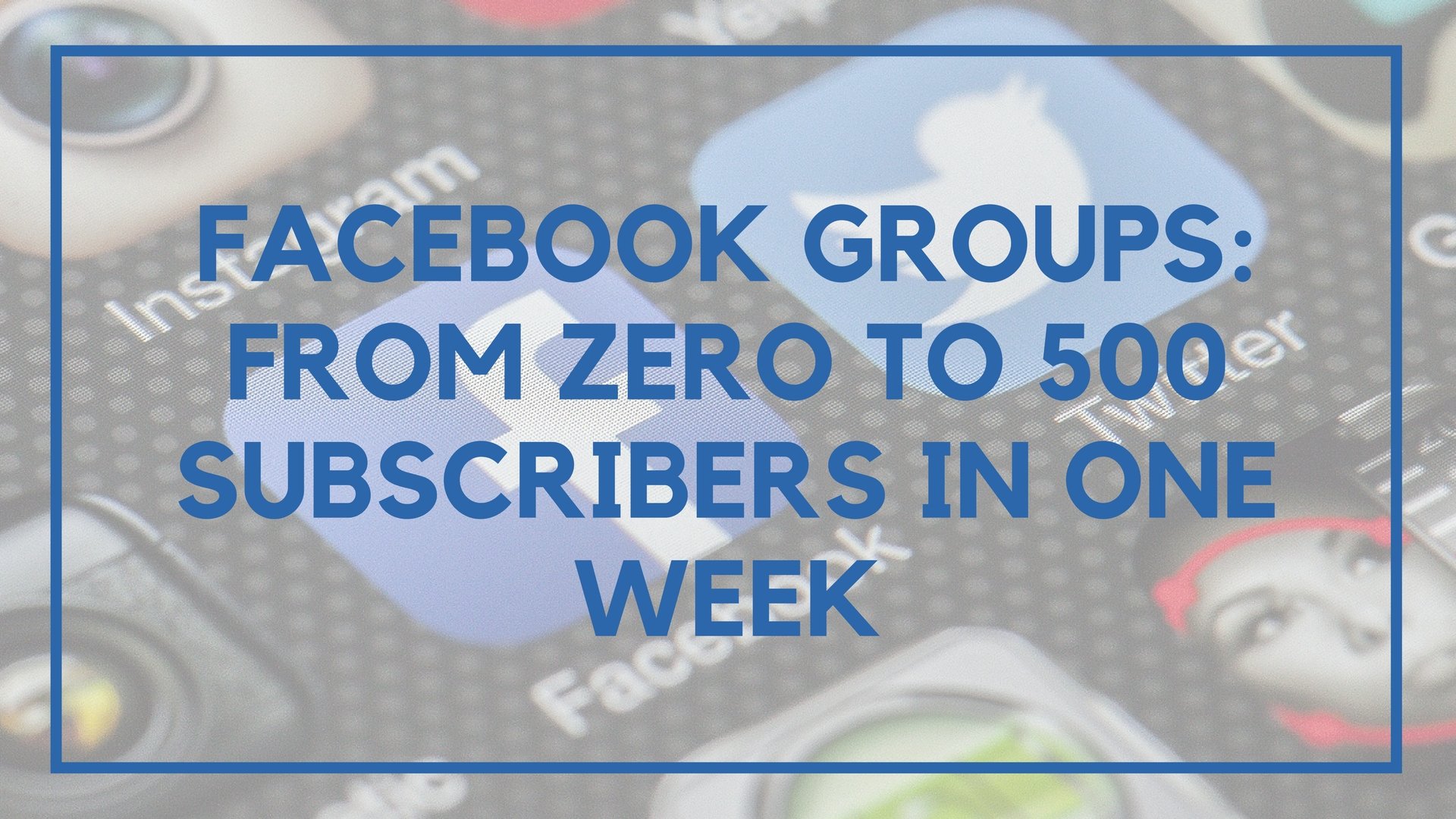 Facebook Groups: From Zero to 500 Subscribers in One Week

Olivia was able to grow her email list from zero to 500 subscribers in just one week. Her secret? Facebook Groups. Read to learn how she did it. 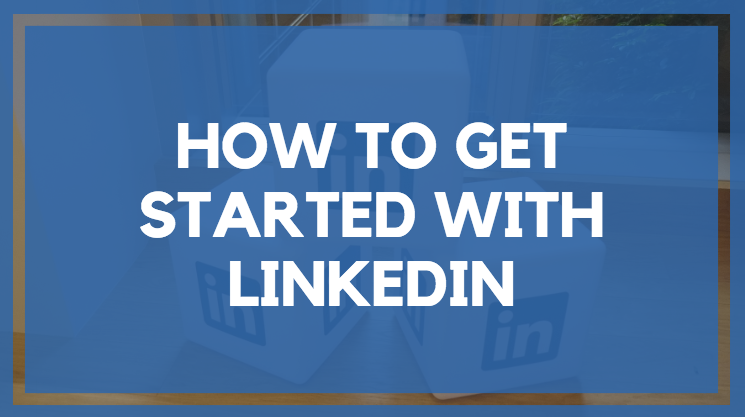 How to Get Started With LinkedIn

Have you been waiting to set up your LinkedIn Profile? Now's the time to start. Find out how to start tapping into the benefits of LinkedIn here.