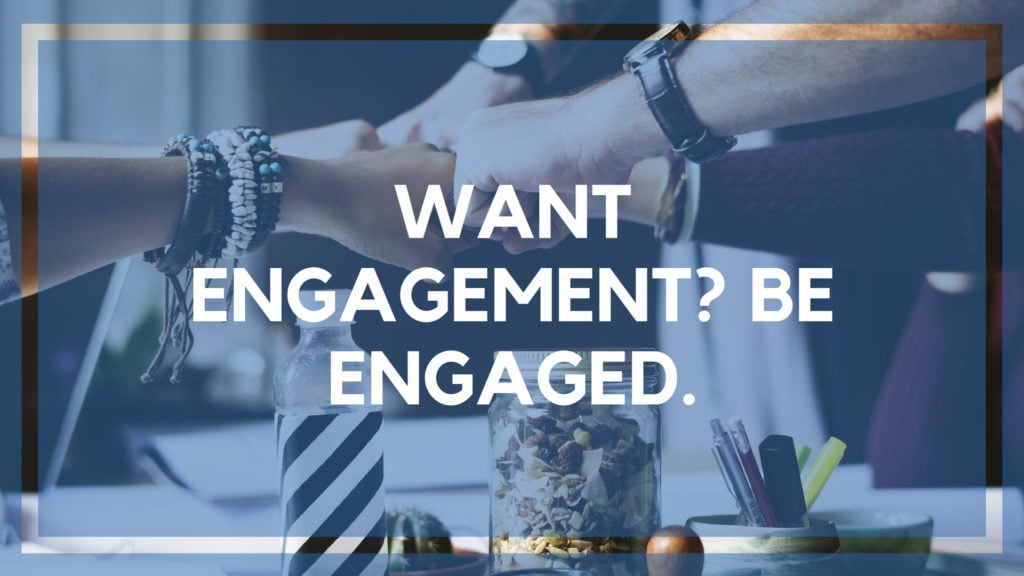 It’s easy to fool yourself.

Yeah, it’s easy to lie to yourself.

While that statement can be true in just about any scenario, the context I’m referring to it in has to do with social media.

These days it’s all about engagement.

Everyone. Is. Talking. About. It.

Compared to five years ago, engagement on blogs is down.

Usage of social media is up.

But lately, even in social media, engagement is getting harder to come by.

As social sites like Instagram are constantly tweaking their algorithm, and more people than ever are trying to become “influencers” what was once easy, suddenly becomes more difficult.

And the people who win? They’re the ones who work.

You’re Trying. But Are You Really?

For my golf site, Breaking Eighty, Instagram has been the single biggest growth factor I have.

Yet for some reason, I didn’t embrace it in the same way here at Location Rebel.

I made a push a couple of years ago to try and build up the account and get it going.

I told myself that I was committed to making it work, and growing. And then I became frustrated and disillusioned when it didn’t.

Despite telling myself that I was engaged with it, and really working to grow it, if I’m honest with myself, I half assed it, and expected it to be easier.

“I can post some photos a few times a week, and that will be enough to really make this work!”

Another lie has been my engagement on our YouTube channel, which has had a bit more success.

You see, I was engaged at times with aspects of it. But I didn’t, and haven’t, gone all in.

There’s no social media platform in existence in 2018 where once a week will cut it.

You want to succeed on Instagram? Multiple posts a day. Stories. Comments. Engage.

Want YouTube success? 2-3 videos a week is the minimum. In that world, once a week isn’t engaged. No matter what you tell yourself.

These days for as simple as the influencers of the world make it seem, growing a successful following on Instagram or YouTube is harder than ever.

There’s an unbelievable amount of noise and competition out there. There are thousands of people doing the same thing as you who are treating it like a full time job.

That’s what you’re up against.

So, unfortunately, half-assing a few posts a week isn’t going to cut it. Even for someone like me who already has a large, established brand to kickstart things.

Success in one medium does not guarantee success in another.

So here it is. Here’s the secret to growing a social media account these days:

If you want engagement, be engaged.

I can throw out any number of cliche pieces of advice for growing an audience.

But the precursor to all of that comes down to the basics:

Be engaged in all aspects of creating.

That is how you get engagement. You have to give it long before you get it.

So if you’ve been struggling to grow anything online these days, ask yourself one simple question:

I mean, really, truly, honestly, 110% engaged and committed to what you’re doing?

Because these days? Anything less probably won’t be good enough.