While I am the first person to admit that I am far from an experienced traveler, I have been to more places than many.  As I am currently looking forward to all of the places that I would like to go, I couldn’t help but look back at some of my favorite places that I have already been.  Covering the spectrum from wild and rowdy, to relaxed and subdued, here is the list of my top five favorite travel destinations. Las Vegas is a city unlike any other in the world.  Where else can you visit the Brooklyn Bridge, Eiffel Tower and an Egyptian Pyramid all in one night?  Vegas is a place that you either love or hate, and I must admit, that I am a big fan of sin city.  Each time I go there it is an entirely different trip than the one before.  My love for the city may also be due in part to the fact that I have never lost money on a trip there.  While I will admit, playing $50 blackjack hands may not seem like the most responsible idea in retrospect, it was those hands that paid for my last trip in its entirety.  If you have never been to Las Vegas, I absolutely believe it  is one of those places you need to visit at least once in your life time.  Love it or hate it, I guarantee you will have some fantastic stories to tell by the time you leave.

Be sure to check out Foundation Room on Monday nights if it fits into your schedule.  Located on the top floor of Mandalay Bay this club has a huge balcony over looking the entire city.  Contact them in advance to try and get them to waive the $30 entry fee, and keep in mind that it is only open to the general public on Monday nights. From the moment I started walking down Las Ramblas, I knew I was in a special place.  Between the spectacular architecture of Sagrada Familia, to the wonderment of Font Magica, the city was full of some of the most beautiful scenery I have ever seen.   The nightlife is also unbeatable.  A place full of travelers and locals alike, to this day the nights I spent in Barcelona are some of the most memorable I have ever had Even though many of you have probably never heard of Buzios, over the past 40 years it has been steadily earning a reputation as being the St. Tropez of South America.  Located about two hours north of Rio de Janeiro, Buzios is set on a spectacular peninsula and features 24 world class beaches.  Buzios was made famous in the late 1960s when sex pot Brigitte Bardot began coming here to escape her hectic life back home.  There is even a statue in her memory on Rua das Pedras (the main street in town).

Whether you are looking to sit back and take in the scenery at Joao Fernandinho beach or really get the party going at Ferradura Beach (the most popular in Buzios) there is something for everyone here.  I loved the diversity of the town and how each beach had something different to offer.  If you are looking for excitement definitely check out Pacha or Privilege, the two biggest night clubs in town. While I may be slightly biased with this one, Sunriver truly is one of my favorite places in the world.  Located in the high desert of Central Oregon, Sunriver is an outdoor enthusiasts mecca.  The area features dozens of golf courses, world class rock climbing at Smith Rocks, hundreds of miles of bike trails, and some of the most beautiful scenery you’ll find anywhere.  I have been coming here nearly every year since I was 8, and I enjoy it more and more each time.  If winter sports are more your thing, Mt. Bachelor is only half an hour away and is one of the largest ski areas in the country.  There are also numerous opportunities for snowmobiling, sledding and cross country skiing.

If you are in to mountain biking be sure to check out the Deschutes River Trail.  While it is one of the easier trails in the  area, the views along the river are unbeatable. 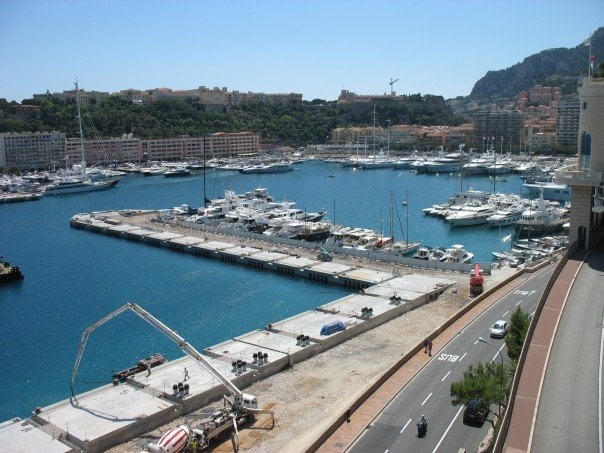 The French Riviera was everything I expected it to be, and more.  The week that I spent there a few summers ago exploring the coast from Monaco down to Cannes was one of the best of my life.  Whether we were hanging out on fast boats in the Mediterranean or jumping off 45 foot cliffs in the French Alps, the entire trip was spectacular.  We stayed at the Villa St. Exupery hostel in Nice which has constantly been rated one of the ten best in the world (and for good reason).  While it is a bit of a hike to get down to the Promenade from there, the views and amenities to be found here truly made it stand out, and only added to a fantastic trip.

Exploring Monaco is also an experience unlike any I have ever had.  The sheer amount of money that is concentrated in such a small place is staggering.  With every other car being a Ferrari, and the harbor being full of multi-million dollars yachts, its kind of a wonder they even let me in the place.  But they did, and I was even able to gamble in the Monte Carlo Casino.  To this day I brag about the 20 Euros I won there playing slots.  If you ever get the chance to spend time in the South of France I can’t recommend it enough.  It truly is my favorite place that I have ever been.

So there it is, my five favorite places on Earth.  I hope to be able to update this list over the next year with new favorites and new stories!

What are your favorite destinations? Tell us about them in the comments!

Click on each photo for credits, Monaco and Buzios were taken by me.

For all their similarities, Macau and Las Vegas are very different places. I recently spent 24 hours in Macau and make some big distinctions here.